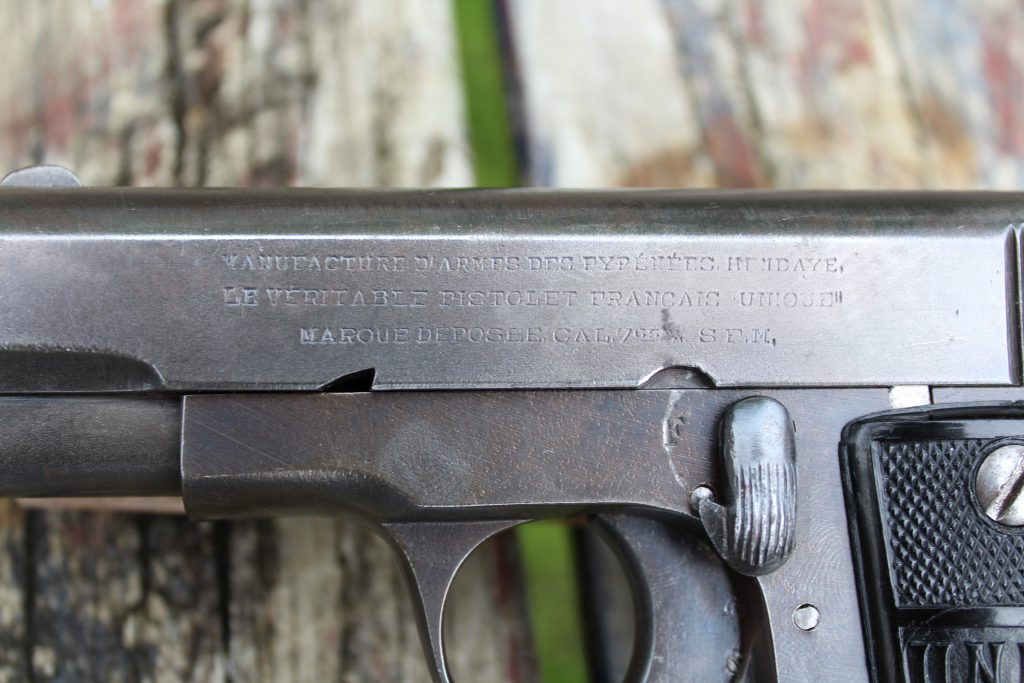 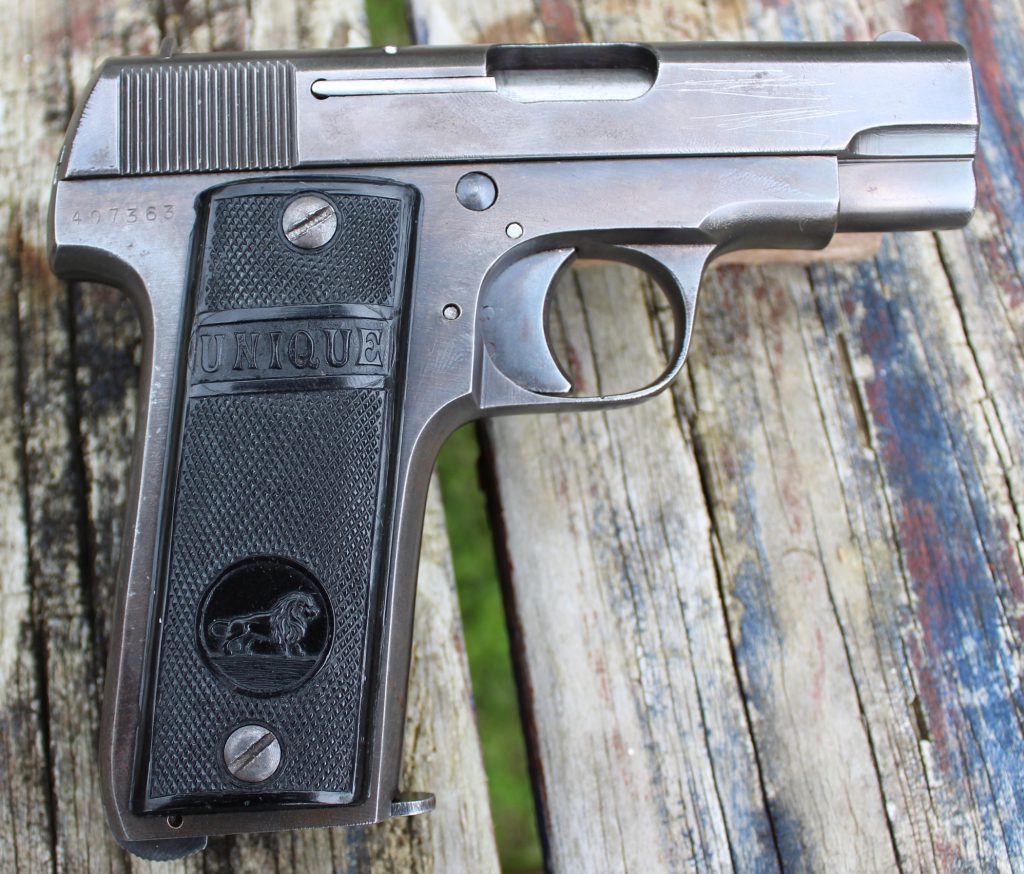 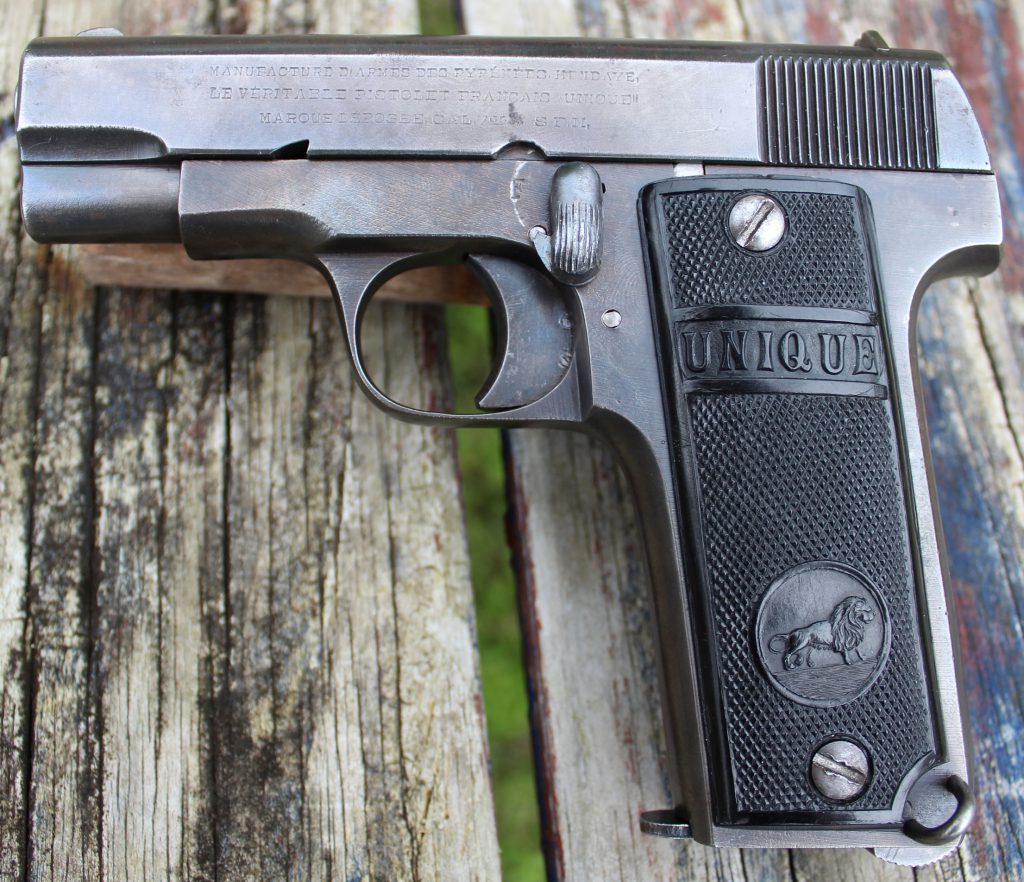 Introduced commercially in 1928 by Manufacturer d’Armes des Pyrenees Francais (MAPF), the Unique Model 17 is just another “Ruby” type pistol. Unlike their Spanish brethren they have far superior fit and finish. Besides it’s quality, the only major changes from the Spanish pistols is of an addition of a magazine safety and black plastic checkered grips over the checkered wood.

All of these pistols were sold commercially until 1939 when WWII broke out the French government quickly put in a order for pistols. The first batch of pistols were exactly the same as their commercially produced guns with the slide legend of Manufacturer d’Armes des Pyrenees Hendaye, Le Veritable Pistolet Francais “Unique” Marque Deposee Cal. 7,65mm S.F.M. and the grips that have UNIQUE written at the top with a lion on the bottom. After earlier parts ran out pistols were produced with a slide legend of 7,65 COURT 9 COUPS “UNIQUE” and simpler grips that had vertical lines and a bullseye embossed.

Model 17s continued in production for the Germans under their occupation. The only alterations they ordered was the first digit of the serial number removed (i.e. 430,000 now became 30,000) and grips say 7,65mm 9 SCHUSS. Later on the Germans had the pistol simplified with an exposed hammer and a more contoured grip to fit the hand better. These are what is commonly referred to as the “kriegsmodel.”

The example posted above is in my opinion an early French government contract pistol. It’s in the right serial number range, but unfortunately the French never did put any acceptance marks on them and not every pistol in that range was purchased by the French so nothing is certain. Some of the French ordered pistols got a rivet in the slide like Rubys did to prevent the safety from being disengaged when put in the holster and some did receive serial numbers on the slide, barrel and magazine, but those must have been done at an ad hoc basis at the armorer level.

1 thought on “The Unique Model 17: The highest quality “Ruby” Pistol”