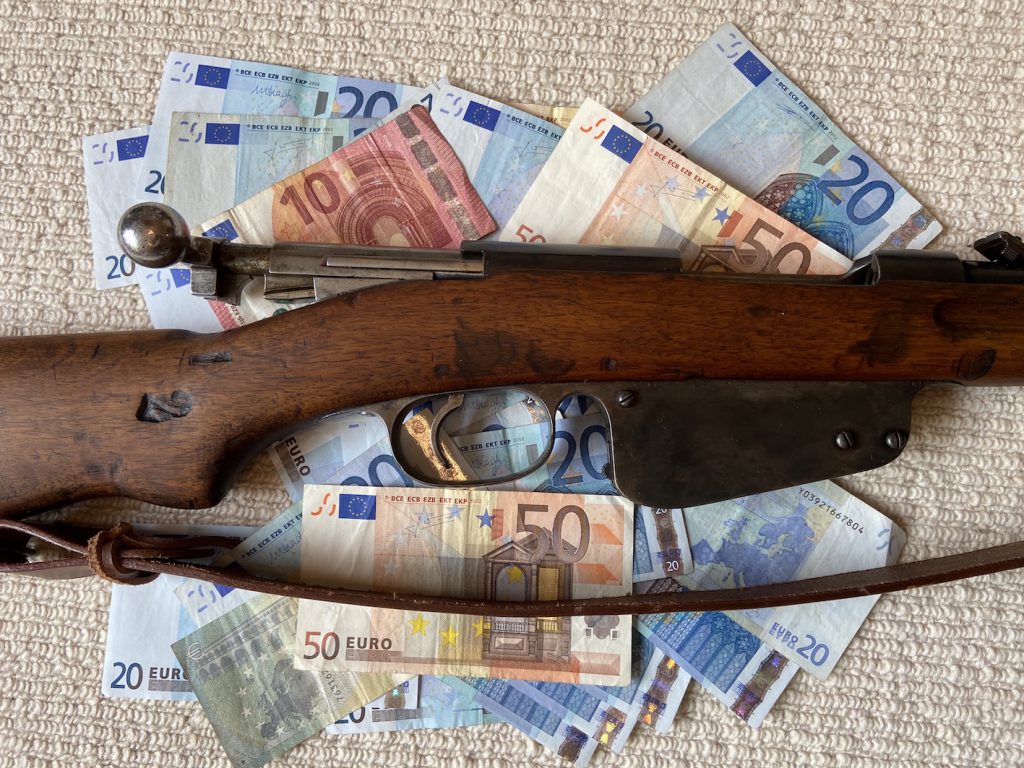 Last time we saw how the M.86 Mannlicher rifles arrived in Chile. The problem is, crazy as it seems, the agents working on behalf of Augustin Ross appear to have bought a rifle that no-one really wanted.

In the final section of the report Ross wrote to his boss, Waldo Silva, there’s certainly evidence of some “buyers remorse” and what looks like a fine bit of ass covering on his part.

In it Ross moved away from listing the contents and costs of each arms shipment and towards explaining and defending some of the choices he and his agents made – for example, he acknowledged that some of the coal he purchased was bought at a higher than usual market price. However the only individual weapons purchase that Ross felt the need to explain is that of the Mannlicher M.86 rifles.

What he said, and the way he expressed himself, seems telling. Firstly, he had to explain that he only bought these weapons because he was forced to by “circumstances”, a comment that he left unexplained. Perhaps in a civil war the desperate need for weapons doesn’t need much more explanation.

He then felt obliged to explain just what these rifles actually were. He had to tell his boss they are not quite the same as the Mannlichers so praised by domestic and foreign observers. In fact, he pointed out that being of a different caliber they represented a “serious military inconvenience” for the army. He went on to put them into context. They were old fashioned, being of a calibre (11mm), that has been abandoned by the European powers, who have moved to weapons of 8mm to 6.5mm.

Finally, he said that, if Silva approved, the rifles could be returned to Europe along with their ammunition and converted to the more modern 8mm cartridge. He admitted that the cost of doing this was unknown but would be around Fr 20 per rifle. He had no idea how much it would cost to change the 5,000,000 rounds of ammunition he had bought as well.

Essentially Ross had to tell Silva that the biggest single purchase he made was of rifles that were pretty much useless, obsolete and actually represented a problem for the army rather than a resource. In an otherwise fairly self-congratulatory report it’s a jarring moment.

Trying to interpret this is difficult. Was Ross hinting that one of his purchasing agents had blundered? Was he saying that he had been robbed by an unscrupulous dealer?

What I suspect is that this was his way of politely dumping the blame firmly on his masters back in Chile and refers back to his complaint about a lack of clarity in the instructions being telegraphed to him from Iquique.

It’s purely speculation but I have to wonder if Ross was simply told “buy more Mannlichers” without being told exactly what sort of Mannlicher that really meant. Combine desperation, an unclear specification and an enthusiastic supplier in Europe who could offer M.86 rifles cheap and perhaps you have a recipe for an expensive screw-up.

Despite it all I have to admire Ross. Many of us have had to start an email with “…We’ve hit a bit of a snag…” but it’s a good idea to always offer a solution to any problem you have to tell your boss about. Ross had the good sense to not only to do that but also, and more importantly, dump the decision on what to do with the rifles firmly in someone else’s lap!

Interested in Military Rifles and the Arms Trade of the late Nineteenth Century. Loves the smell of archives in the morning.