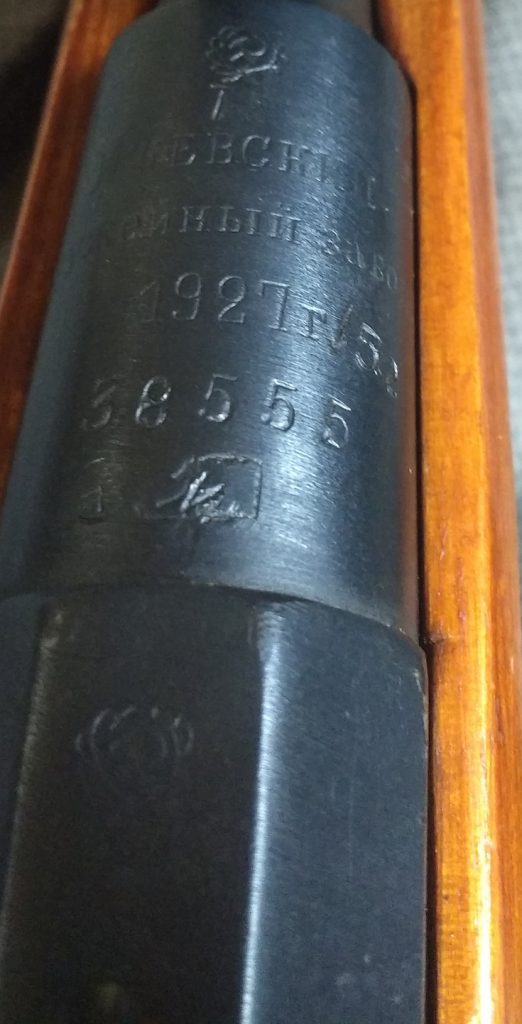 The Mosin rifle is a common sight on gun shop racks and in the collector’s armory and while the country of origin may vary they all have a relatively universal method of dating that can be applied to pretty much any Mosin you come across.

To begin with is the obvious large date on the barrel shank. The date on Russian rifles will be followed by a Cyrillic character that means “year”. As pictured in the heading, this may be followed by a slash (/) and a two-digit year date (the example pictured is 52). Rarely a third date may be appended as well. These double & triple-date rifles were pulled out of storage and issued to various organizations during states of heightened alert during the Cold War. This practice may not be present on some Mosins from outside Russia’s sphere of influence.

Previously it was thought that some rifles with double or triple dates lacking an “MO” stamping were re-issued before the reformation of the Ministry of Defense but it turns out this is not the case. In actuality the markings “MO”, “XO” and a few other similar codes are merely stamps used by various refurbishment depots.

For American readers in particular this section is more relevant as the ATF does not care when the barrel was made but places importance on when the receiver was made. In order to determine this you must remove the action from the stock and check the date on the underside of the tang. It should be four digits unless it is a wartime model. These will typically have two hastily-stamped digits instead. On Finnish Mosins this is particularly important to check as the barrels were typically replaced and often more than once and so you might find an M39 with a 1960s dated barrel, that barrel may be attached to a receiver that is legally an antique (made before 1899).

In a majority of cases the tang date and maker’s stamp should match the barrel shank information and in unusual cases it may not. The reasons for this can vary and many possibilities are covered on “7.62x54r.net” and in Terence Lapin’s book “The Mosin-Nagant Rifle”, both excellent resources for further information on the vagaries and oddities of Mosin markings and date codes.