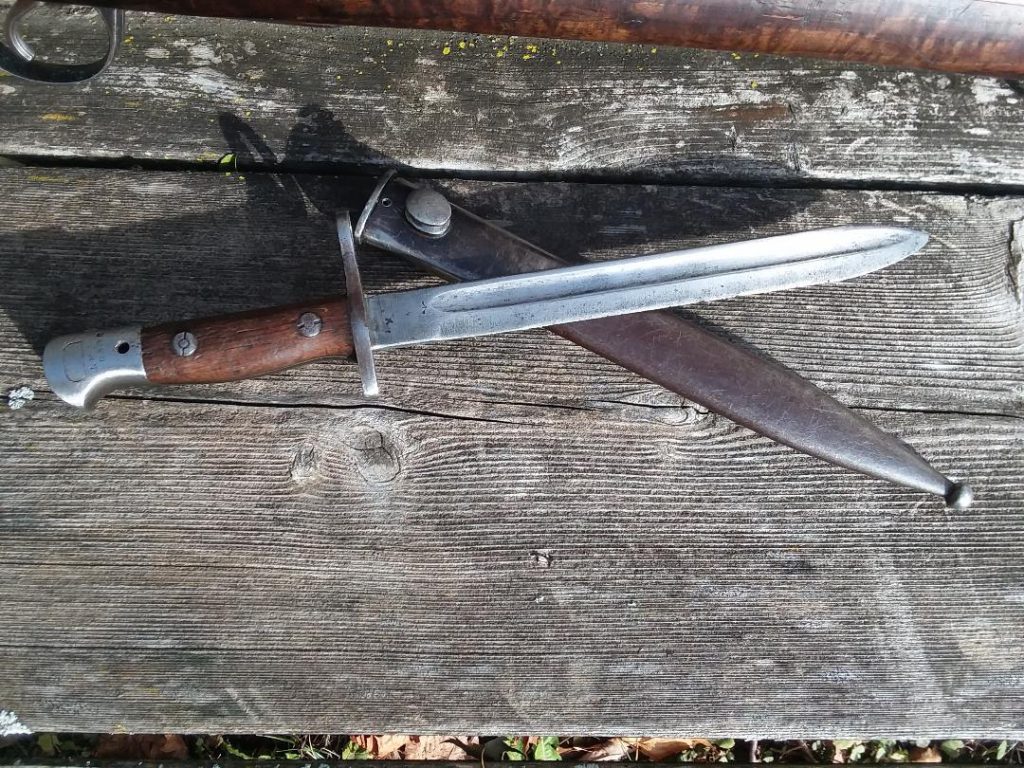 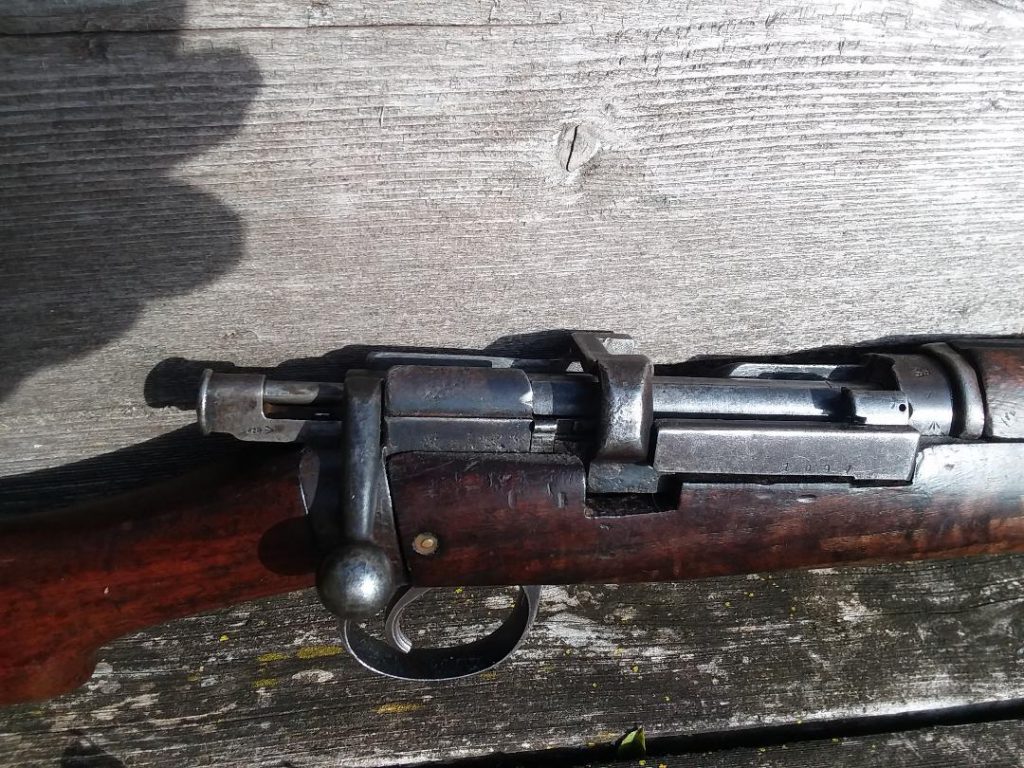 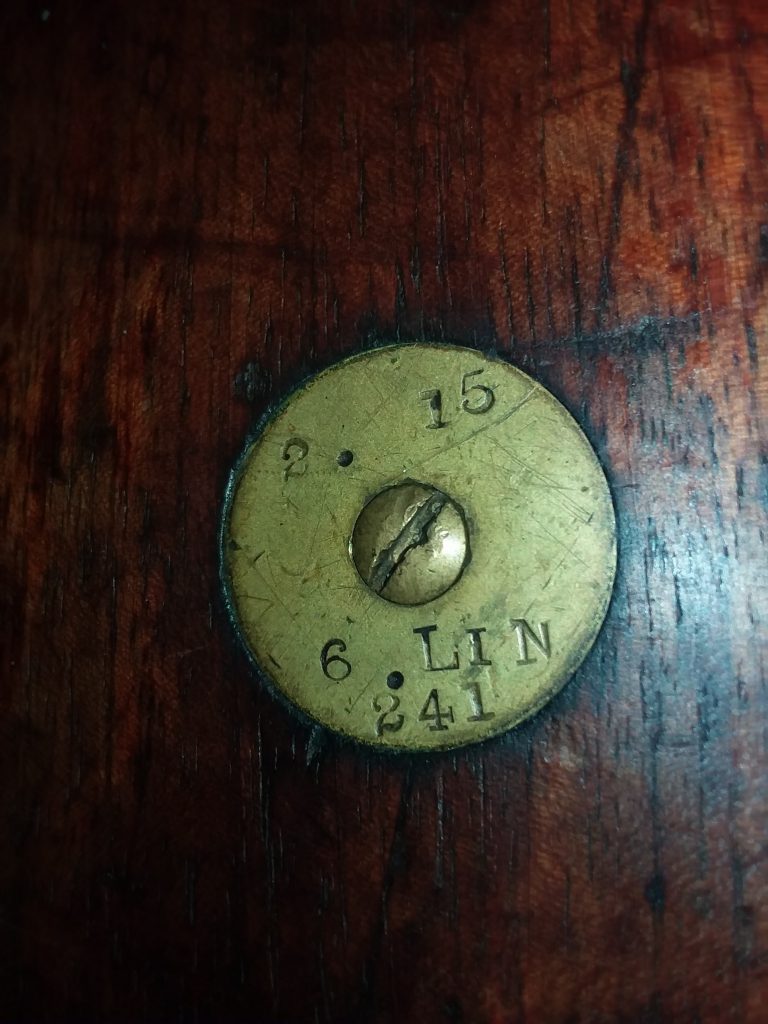 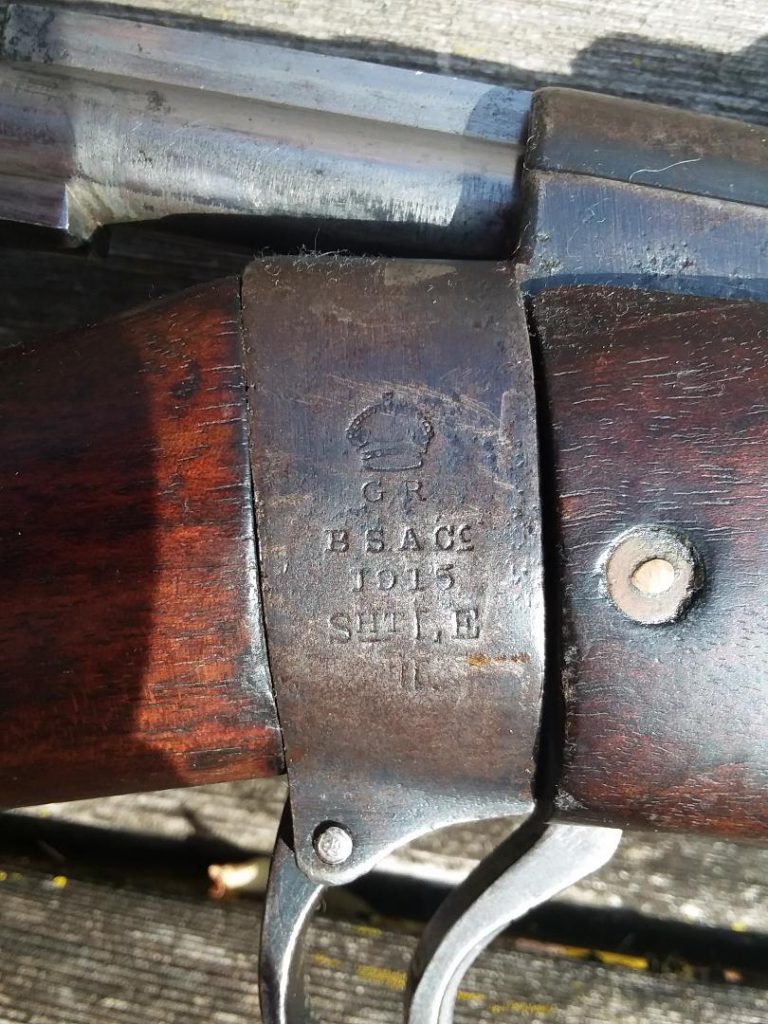 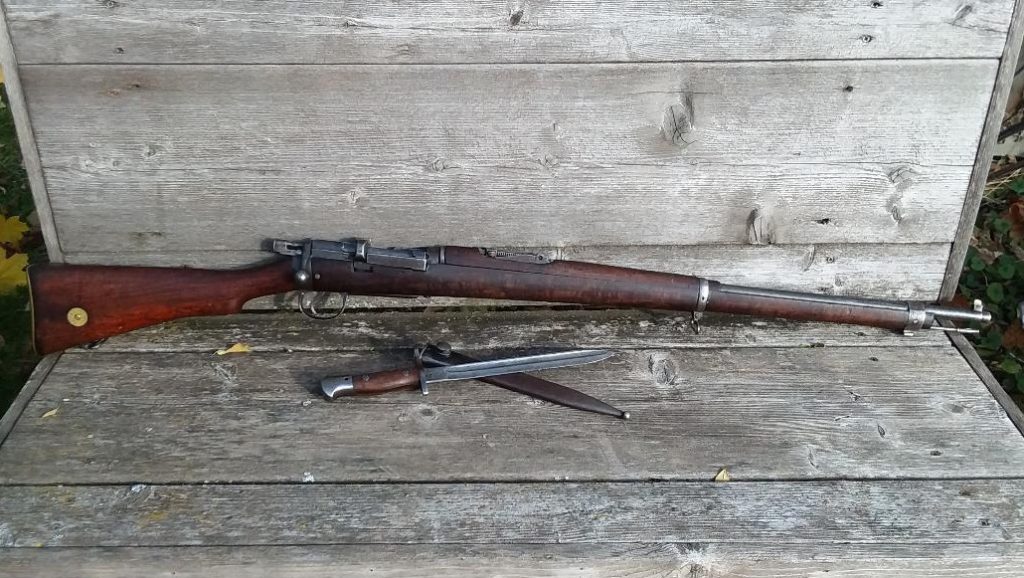 This is the Turkish/British “Enfauser” rifle. Information on these conversions is rather scarce, and as far as is available it seems that the rifle was known to the Turks simply as the “English Rifle”, Enfauser simply being a concoction of collectors. A rifle which started out life as an SMLE MkIII* in 1915 at Birmingham Small Arms, she would have an interesting life ahead of her. Judging by the disc in the butt, this rifle was issued in February of 1915 to the 6th Battalion of the Lincolnshire Regiment as rifle 241.

The 6th Battalion of the Lincolnshire Regiment was raised in August of 1914 as the Great War began, and would see their first action when landed at Suvla Bay, Gallipoli on August 7th. Following participation in the bitter fighting there they would be withdrawn to Egypt in December, taking positions along the Suez Canal temporarily, although I can find no infomation on the seeing action there. The Battalion would be sent to the Western Front in June of 1916, and would remain there for the duration of hostilities.

This rifle was apparently captured by the Turks at some point along the way, most likely along Suvla Bay in late 1915. It would see extensive modifications by the Turks at their main arsenal at Ankara in 1936, thus creating the terrifying abomination of science we see today. The rifle has been modified with a new barrel, basically a standard post WWI Turk Mauser barrel, and has been accordingly rechambered in 7.92x57mm Mauser. It has also been fitted with the same sights as found on post-war Mausers, being a barrel mounted rear leaf sight graduated from 100 to 2000 meters. The rifle has a completely new forestock and a proprietary front barrel band, which is retained by a screw. This includes a lug for a standard post-war Turkish pattern bayonet.

In the receiver we see the most obvious modifications, as a result of the higher pressure 7.92mm round the action has been reinforced with a large metal bar, fitted into the slot once occupied by the magazine cutoff. This bar, along with the receiver itself and the bolt, were issued a new serial number by the Turks, and the bolt head has been altered to ride along the bar, and has a new extractor fitted. The chamber face was marked with the typical Ankara markings, and also notched to allow loading of the longer cartridges, in much the same manner as that of the M1903 and M1893 Mauser conversions often encountered today. A collar has been fitted to help retain the half length handguard as well. The stripper clip guide has also been modified to take Mauser charger clips, and shaved to not obstruct the lower rear sights. The original ten round magazine has been removed, and in it’s place is an internal steel box with feed lips, mated with a Mauser style floorplate and follower assembly. It is possible that it is modified from an M1893, as it appears similar, but I have not been able to verify this. The floorplate is retained by the old magazine catch, which has been altered to eliminate the spur inside the trigger guard. The butt assemble appears completely unaltered, and the original SMLE safety is still used.

The rifle takes a standard post-war Turkish Mauser bayonet, but I have acquired a modified Pattern 1907 bayonet for it. Using a standard Turk scabbard and fitted with a Turkish style muzzle ring, this too retains many British markings and features. Originally made by Wilkinson and bearing a unit mark for the Norfolk Regiment.

I acquired this rifle at a gun show, along with a copy of correspondence between the former owner and Ian Skennerton about the rifle. The former owner refers to this as being one of a lot of 24 that came in through Century Arms, although Mr. Skennerton confirms to know of at least three lots to have come in. Like all reported “Enfausers”, this is import marked as an M1893 Mauser.