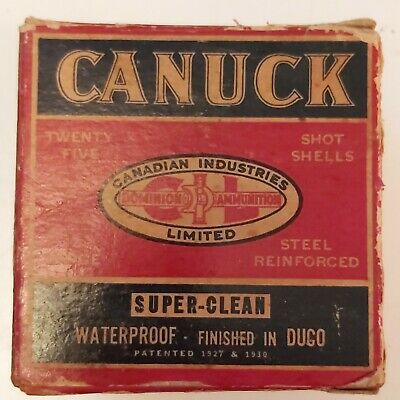 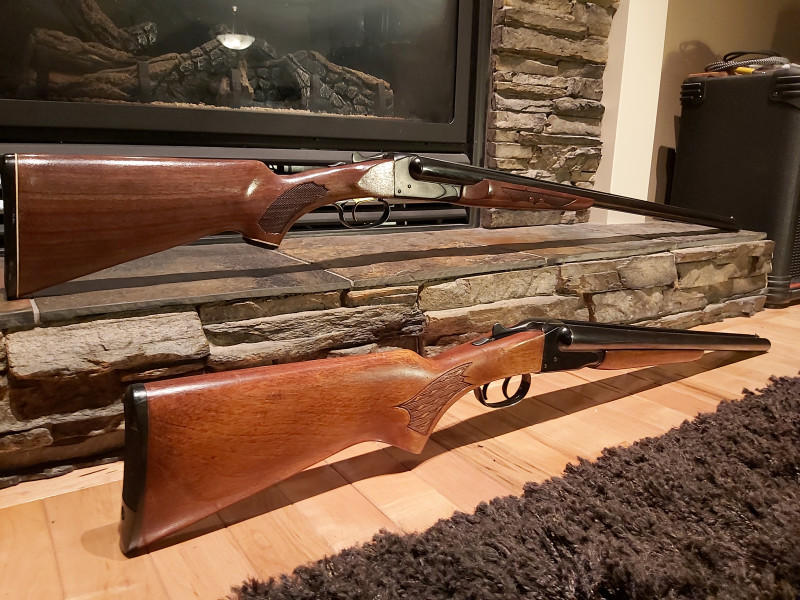 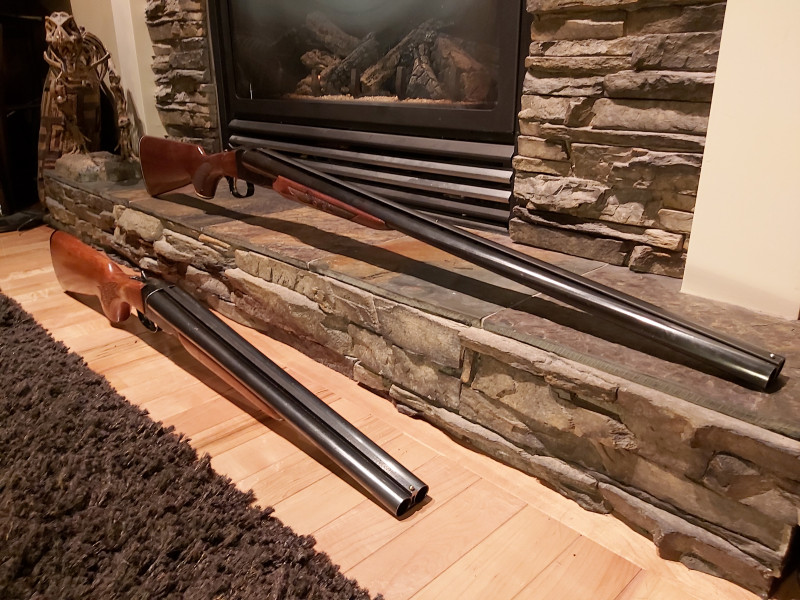 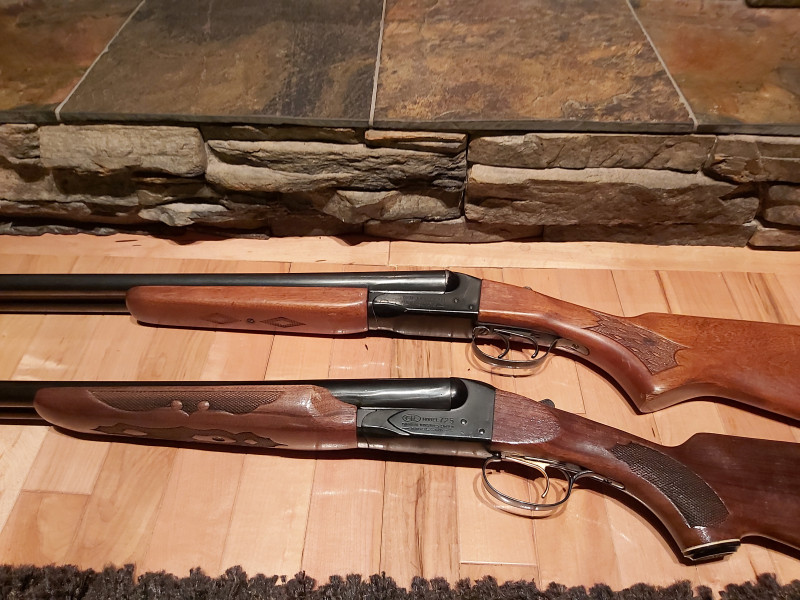 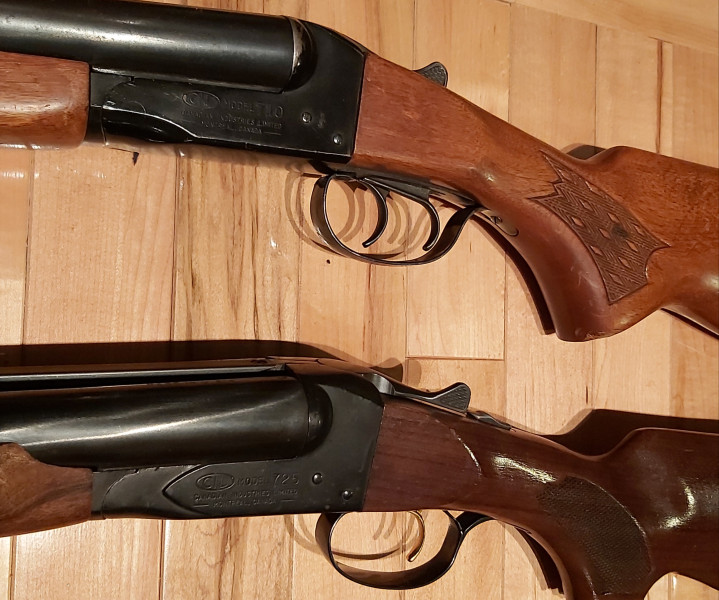 The CIL company’s origins date to 1910 with the merger of several Canadian explosives companies. CIL began producing ammunition and ordnance commercially as well as for the war efforts for the first and second World Wars. Vintage commercial CIL ammo is still plentiful in Canada and can be found on many old timer’s shelves. To accompany their ammunition, CIL wanted to market some firearms to be sold along side them in stores. However, they had no experience building firearms nor did they have factories or tooling to build them, being a chemical company first and foremost.

The company decided to license several Savage designs, two of which you see here. The first and obviously shorter one is a CIL 710, a rebranded Savage 311. A utility grade boxlock shotgun, it features double triggers, extractors, and this example has cut down 19″ cylinder bore barrels with a front bead sight, chambered in 12gax2 -3/4″. Despite being a lower end side-by-side, the furniture and build quality is still excellent.

The second shotgun is a CIL 725, a rebranded Savage Fox B-SE. Being higher grade, it features a single gold plated trigger, auto ejectors, higher quality furniture and checkering, and 28″ vent rib barrels with full chokes, again chambered in 12gax2-3/4″ with front and mid bead sights. Exact production dates of these shotguns are unknown, however matching Savage dates the 725 would have been made from 1966-1972 and the 710 pre-1968 due to not having a serial number.

CIL is still in operation today producing paints and fertilizers found in hardware stores across Canada. The following is a brief list of some of the known CIL firearms produced by Savage.