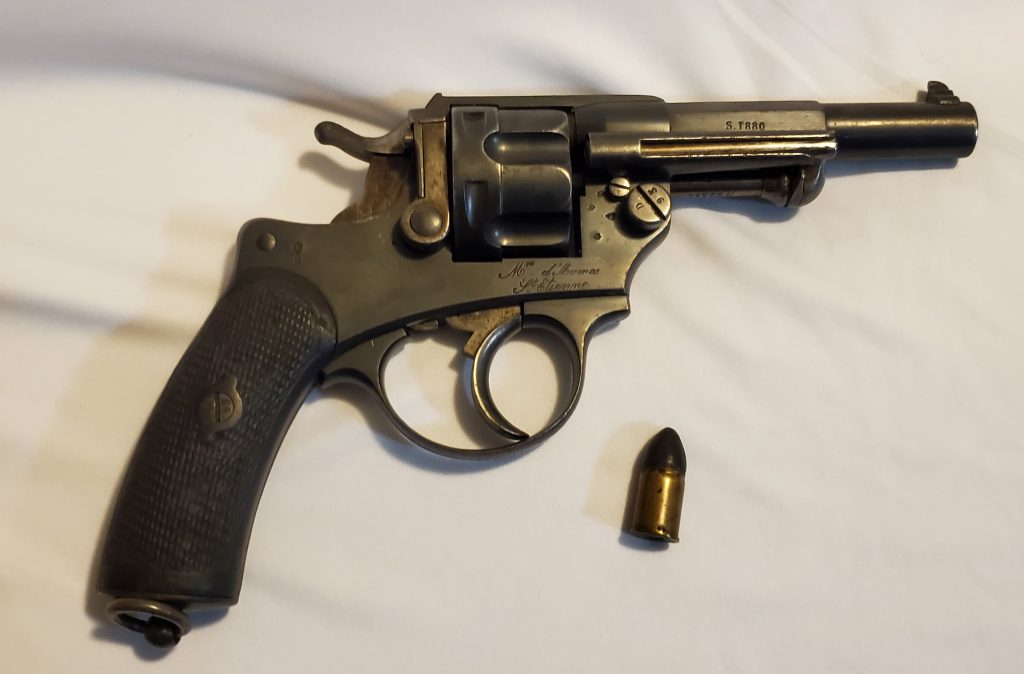 Most who have fallen far enough into the world of military surplus would be familiar with the Mle. 1873 Camelot-Devligne revolver. Along with its long service history, from the numerous French colonial wars, the Great War, and its use by the resistance in WWII, it also played a star role as the side-arm of choice for Brendan Frasers character in The Mummy. It was prized for its strong and reliable action which, as many sources out there can tell you, was decades ahead of its time. With this reputation, it’s a shame that others are less familiar with its higher-class variant, the Mle. 1874.

Unlike the 1873, the 1874 was made as an officers model. Naturally, this can be seen in the finish. The 1873 is an excellent gun to shoot, and if you have the pleasure of owning one the odds are it functions just as well as it did 100 years ago. But quite frankly it looks clunky, and the metal being left in the white drives home its intended use as an issued gun for NCO’s.

With its fluted cylinder, the lines on the 1874 feel much smoother, more in line with a weapon intended for an officer. And the blued finish, still in amazing condition on this one, adds a charm to this gun not found with one left in the white. The contrast with the few parts left in the white shows an aesthetic sense rarely found in military arms of today. 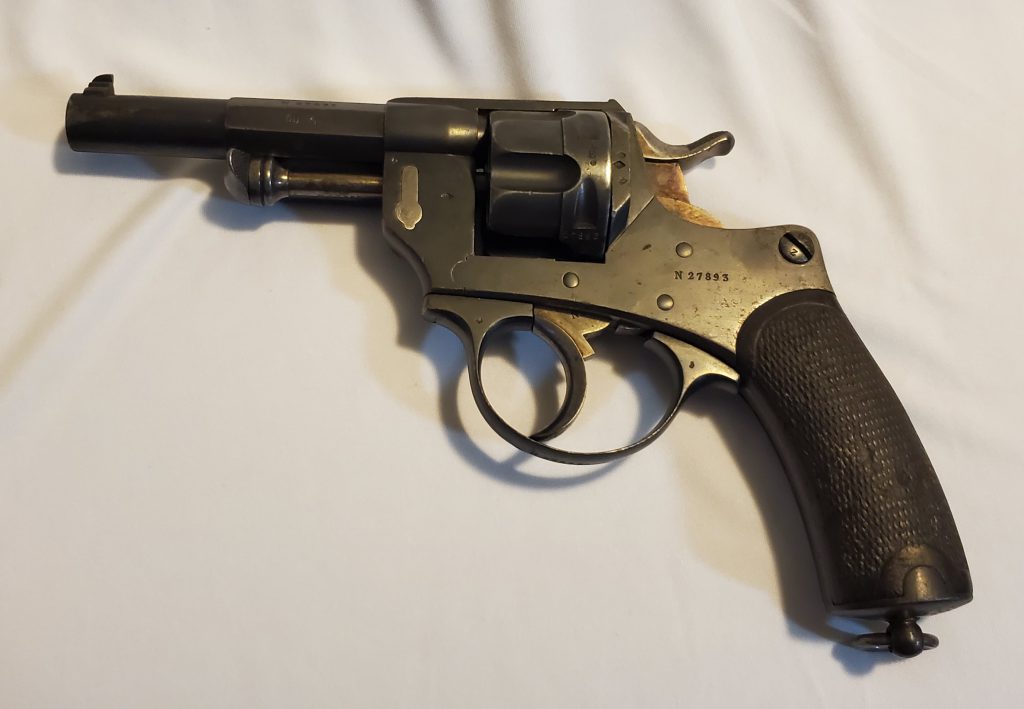 Although they have shot up a fair amount in price, the one here was purchased by the current owner at a gun show for $500. Luckily it even came with the holster, in surprisingly good condition for leather going up on a century and a half old. The holster still has a name tag from the GI who brought it back from France after WWII, and it is still possible to reload ammo for this old gun using 44 magnum brass as a parent case, as the original cartridge shown here would be too valuable to be worth shooting. 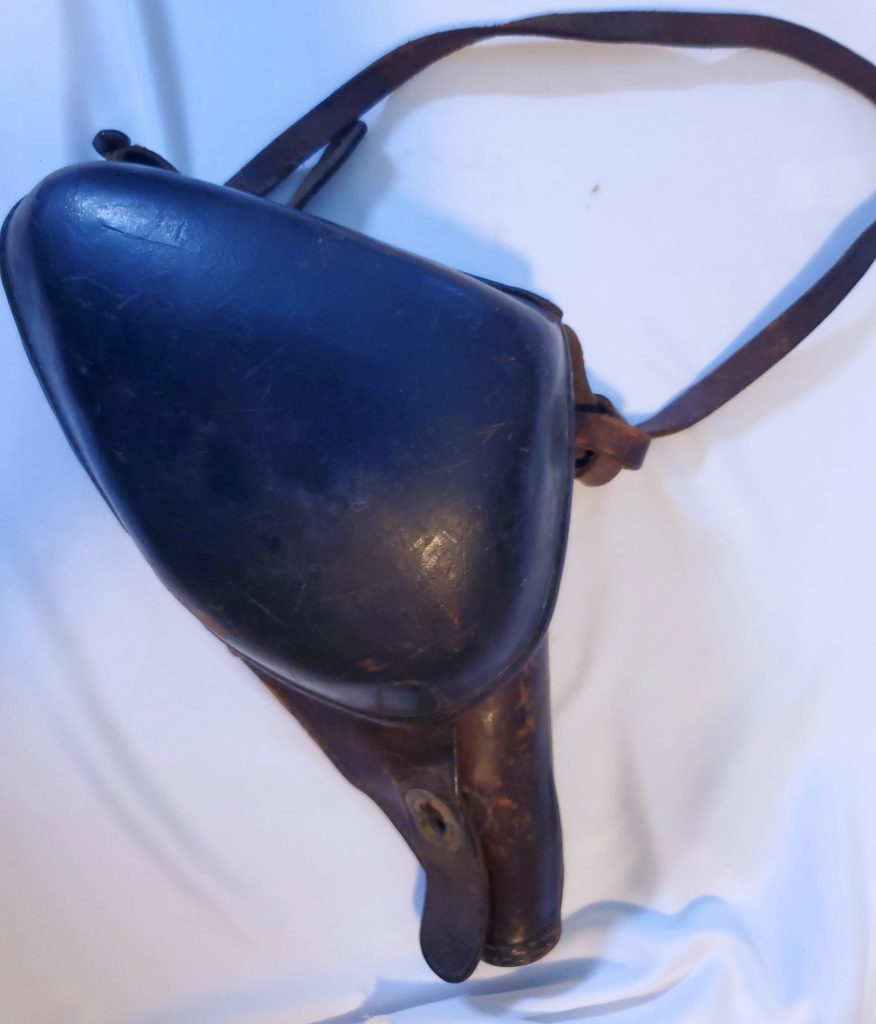 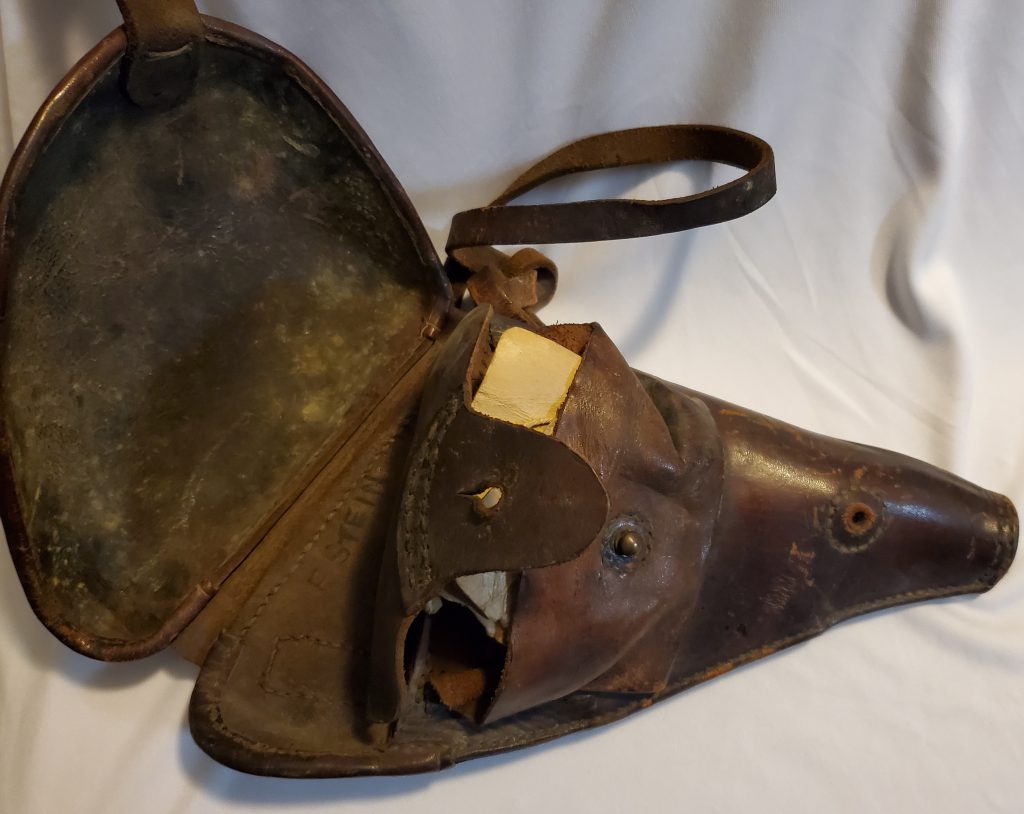