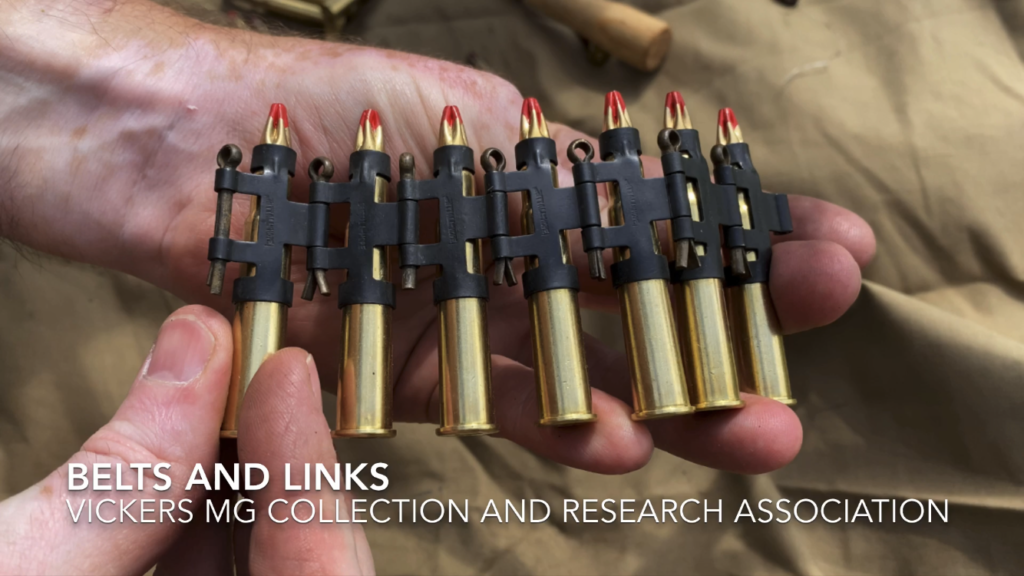 This video is a selection of the different ammunition belts and links used for the Vickers machine gun that we hold in the collection. Each belt has a brief explanation, some loading with drill rounds and then some firing. It includes very rare examples, such as a Great War metal non-disintegrating link and an early expendable belt from the Great War.

More information on the different belts and links used with the Vickers are available at: https://vickersmg.blog/in-use/accessories/ammunition-boxes-belts-and-loading-accessories/

Collecting items related to the Vickers machine gun since 1995, Richard is now the Director of the Vickers MG Collection & Research Association which manages a collection in Swindon, UK, that is on permanent display and conducts firing demonstations as part of its education and research activities. Richard is also a Trustee of the Small Arms School Corps Infantry Weapons Collection Trust at the Land Warfare Centre, Warminster, and a Research Fellow for Cranfield University at the Defence Academy.