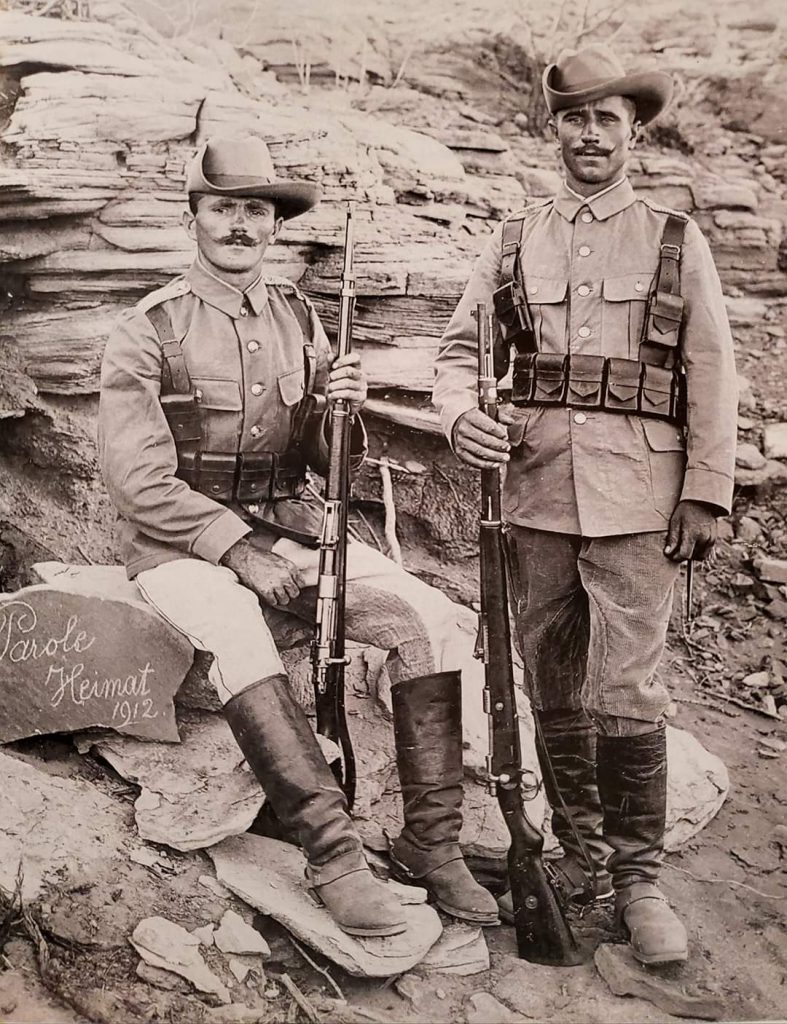 Adopted by the German Empire on April 5th 1898. The Colonial Gew 98 was used by the Schutztruppen of South West Africa and saw limited use in Kameroon and East Africa.
SouthWest African Schutztruppe
During the Herero Rebellion of 1904 saw the increase of further reinforcements sent to fight the Herero Rebellion in 1904 were armed with the Gew98. Curiously several posed studio photographs show them carrying the Gew88 prior to deployment in Africa, sometimes with ill fitting bayonets. It is not sure if they trained with the Gew88 and were only issued the Gew98 shortly before embarkation or more likely these rifles are props owned by the photographic studio. In South West Africa the Gew98 was often modified to have a turned down bolt handle adjustments to the sights. This variation is usually known as the Schutztruppen-Gewehr 98 (Gew98S). From the period of the Herero Rebellion to the First World War the Gew98 (and its variants the Gew98S and for machine gunners and artillery the Kar98) remained the main weapons of the Schutztruppe.
SouthWest African Landespolizei
The Landespolizei were armed mainly with pistols. The 1883 der Revolver or Reichsrevolver and the Roth-Sauer Pistol were both in common use, the Luger P08 was also issued sometime after 1912. Rifles were sometimes carried. Records in “Unter dem Kreuz des Südens” show the Landespolizei had a collection of different types of standard German rifles in their possession- Gew71, Gew88, Kar88, Gew98, Gew98S and varieties of Kar98.

Lange Visier of the Mauser Colonial Gewehr 1898: KSGew98/ Schutztruppen Gew98 retained the early Lange Visier sight adjustable from 200 meters to 2000 meters.
They have all the characteristics of a conventional early Gew 98: flat-sided bayonet stud, first form firing pin, early style Lange rear sight registering on 200; it has been asserted that the reason the sights were not changed was to permit snap shooting at close quarters in the bush. 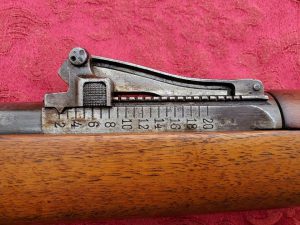 The rearsight was the previously. Prior to the S Patrone normal Lange sight, where the lowest setting was at the 200m position. The sight curve was changed from the usual 400m setting of the Gewehr 98 set up for the S- cartridge to 200m so that with this setting close-in targets could be more quickly acquired and engaged. This was not the case for the KS Gew 98’s. The 200 m sight setting was more suitable for close quarter fighting in the bush. 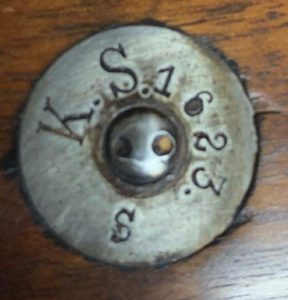 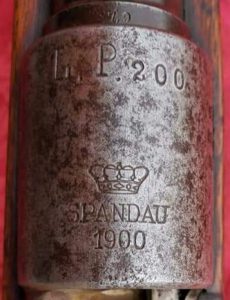 Photo above shows a Colonial Gew 98 used by the Landespolizei. Landespolizei marking is across the top of the receiver. L.P.200.S stands for Landespolizei rifle number 200. This rifle was manufactured by Spandau in 1900. 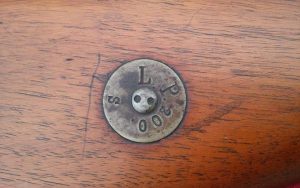 As in the previous photo above shows a Colonial Gew 98 used by the Landespolizei. This rifle is also marked L.P.200.S on the unit disc.

1907 updates and Modifications:
Form the former Schutztruppe gunsmith Joseph Port who was in charge when the bending was done. Joseph Port wrote some letters in the 1950s about the life and the weapons of the Schutztruppe on DSW.
According to Mister Port the bolt was bent in 1908 in Windhuk.The bolts were bent in after the Herero Rebellion of 1904-07 was over. It was done due to the Schutztruppen mounted units. Acted in a role more like dragoons/mounted infantry and not true cavalry. The rifle with the bent bolt would now fit the leather saddle holster much better. Port also wrote in one of his letters that the bending was a mistake. The troops didn’t liked the bent bolt on Schutztruppengehr 98. It was much harder and slower to work with then a regular straight G98 bolt. It
Port also remembered that the Kaiserliche Schutztruppe didn’t used the new S-Catridge until the end of the Hottentotten war in 1907. Directly after the war they would upgrade their rifles to the new 8×57 IS. 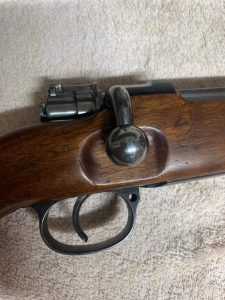 Photo above shows the bolt cutout.
The bolt cut out was placed. So soldier could have an easier time gripping the bolt to work the action. was done due to the fact that the rifle would now fit the leather saddle holster much better.

S PATRONE IN THE COLONIES
In German East Africa the European troops are armed with our modern magazine rifles for S-ammunition. The Askaris and Police are in process of being gradually rearmed with S-ammunition capable modern weapons. In Kamerun the Europeans and coloreds soldiers of the Schutztruppe and Police were equipped with the Kar 98 version not specified. Except for the two companies in the Muslim area which are already equipped with Schutztruppengewehren 98 but for which gradual replacement with Karabiner 98s is proposed. The Police in German New Guinea have in part modern repeaters for S ammunition, in part older weapons which are to be replaced in the forseeable future.

To this I add that there are specimens of Kar 98As (Not Kar 98a) known with unit marks P.T. (no.) = Polizeitruppe Togo; I don’t have any information on whether they are in the Patrone M88 or S Patrone.
Ammunition supplied in watertight (soldered shut) cases; artillery ammo loaded and ready to shoot in the case (but not fused). Ammo packed in loads suitable for carriers: 25-30 kg. In the case of 11mm ammo this meant crates of about 500 rnds. and for 8mm 675 rnds; MG and artillery ammo carried on wagons (usually ox-drawn) or horses. I add that crates of unopened 8mm still survived in South Africa as late as the middle 1980s and may still be there.
Each rifle that has been updated with the S patronne ammunition. Will have an “S” somewhere between the rear sight and receiver. There will also be an “S” at the very end of the unit mark on the unit disc. See photo below for an example. 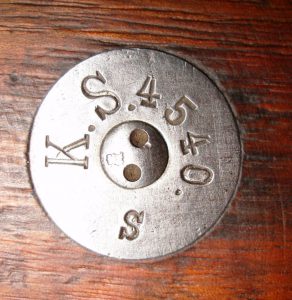 Photo from a private collection

The In some cases the “S: will not be on the unit disk. See photo below for an example. 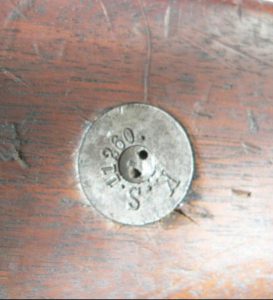 Photo from a private collection

Rifles of the German Kamerun Schutztruppen