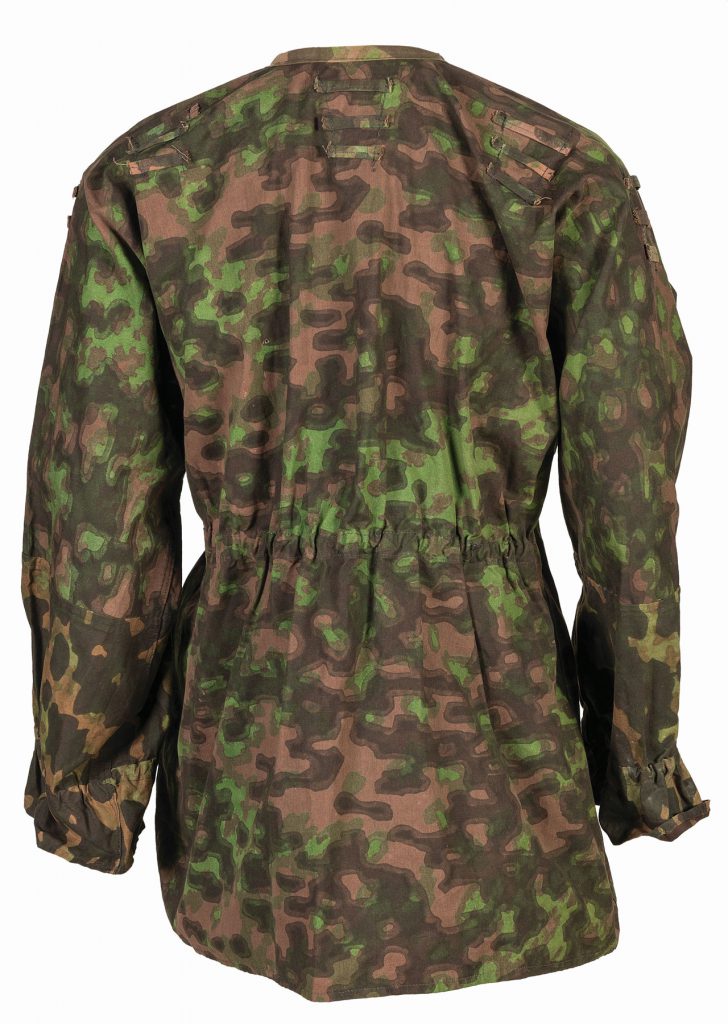 Camouflage. These days we see it on the battlefield, displayed on runways during fashion week, and everywhere in between.

A niche in the collecting field of militaria, the collecting and selling of camouflage can bring some serious money. I’ve been described as a “camo-nerd” (a title I wear proudly), and I revel in pointing out the patterns I see worn on the street and in movies. As an employee at Rock Island Auction Company, I have the unique opportunity to come in contact with patterns rarely seen outside of museums, but available to the collector through our auctions.  Just this February, a Fallschirmjäger jump helmet with a Splinter pattern camouflage cover was sold to an undoubtedly excited collector. With so many interesting camouflage patterns passing through our facility, I plan on this article to serve as the beginning of a series that shines a light on the unique world of camo. Today’s pattern: Blurred Edge.

One of many camouflage patterns fielded during World War II was the “Blurred Edge” that saw use from 1941-1944. The name Blurred Edge stems from its lack of geometric lines and sharp edges commonly seen in previous and subsequent patterns, such as Plane Tree and Liebermuster. In the search for an effective camouflage design to be used by troops, the SS contracted art professor Johann Georg Otto Schick to develop patterns that effectively concealed the wearer regardless of distance. His research resulted in numerous patterns, most of which were test on the field during active combat in tandem with lab testing. This two-pronged approach to research and development allowed for first-hand reports of efficacy from troops to factor in development of subsequent patterns. 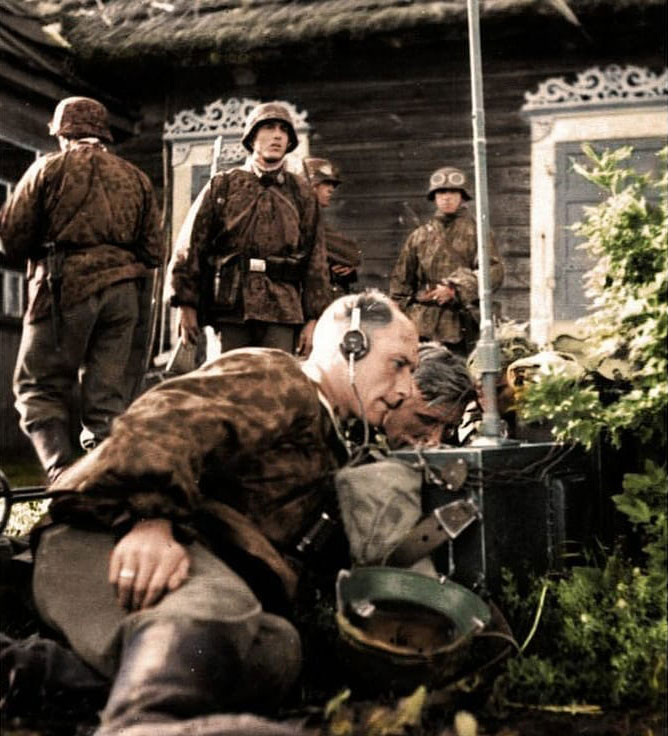 Blurred edge camouflage autumn tones can be seen on these smocks and helmet covers.

The base layer of the patter is known as “Oak Leaf,” and consists of three tones printed over with a black shadow mimicking the way light and shadow play off each other in wooded areas. Interestingly enough, the Oak Leaf underlay would eventually become its own pattern later in the war to further streamline production. Blurred Edge camouflage was printed in two sets of color tones: “summer” which used prominent green shades, and “autumn,” which contained more orange and brown. Camouflage smocks issued to soldiers were reversible, with one side printed in the summer pattern and the reverse in autumn. This allowed troops to retain a single uniform in multiple seasons, decreased material cost, and reduced logistics in getting various uniforms to the troops that needed them. Blurred edge was most prominently displayed on the combat smocks worn by the Waffen-SS. Pictured below is an example of Blurred Edge camouflage on what appears to be camouflaged SS smocks. 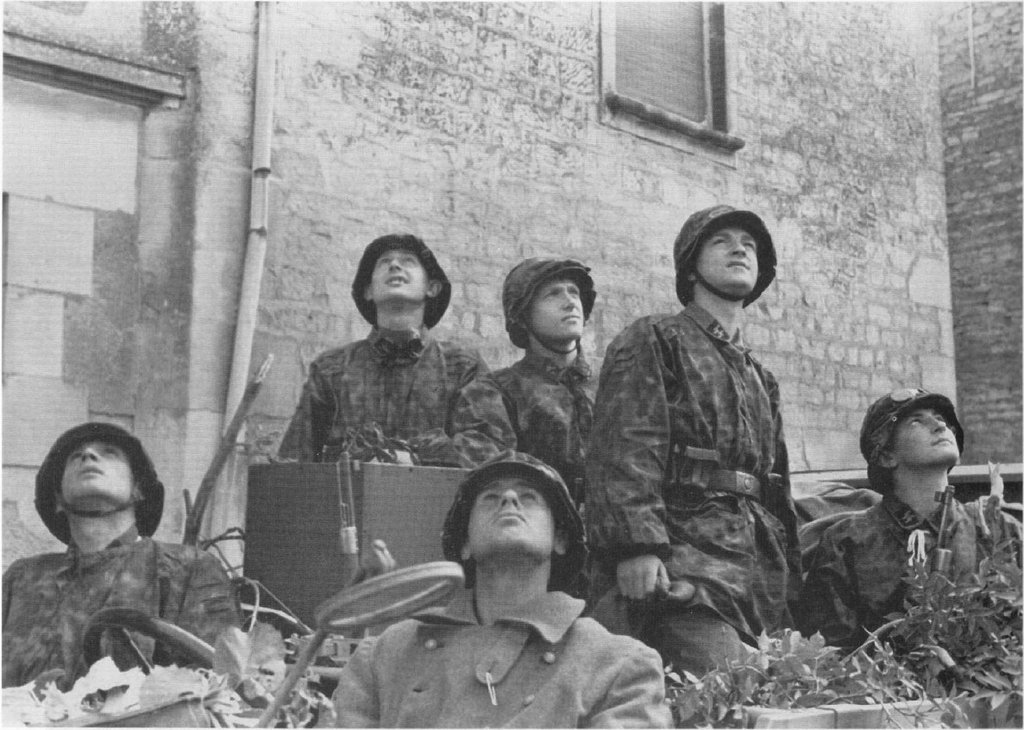 Blurred Edge was one of the first German patters to solely employ machine rollers in its production, both cutting down on manpower and allowing for a greater volume of the design to make it on to the field as helmet covers, smocks, and field jackets. Schick also innovated the material known as “cotton duck,” a highly water-repellent and lightly waxed cotton fabric. When captured German uniforms and materials were inspected by the US military, it was concluded that cotton duck was generally superior. As the war raged on, industrial decline in Germany led to the use of herringbone twill material in an effort to cut costs at the expense of quality. 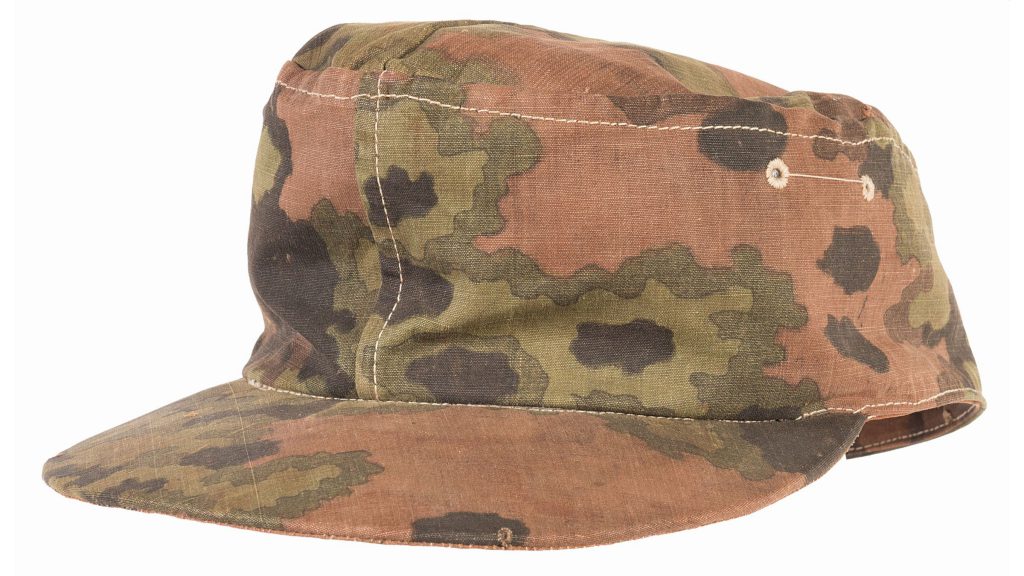 Further material shortages in Germany, would force their troops into donning a jacket/trouser combo similar to that used by US troops. The similarities were so striking that the question of the uniform being a close copy has been discussed by historians. With these new uniforms came a new pattern, known as “Dot.” The introduction of Dot ended production of Blurred Edge, yet leftover material allowed some early examples of this uniform to be printed in the Blurred Edge pattern. 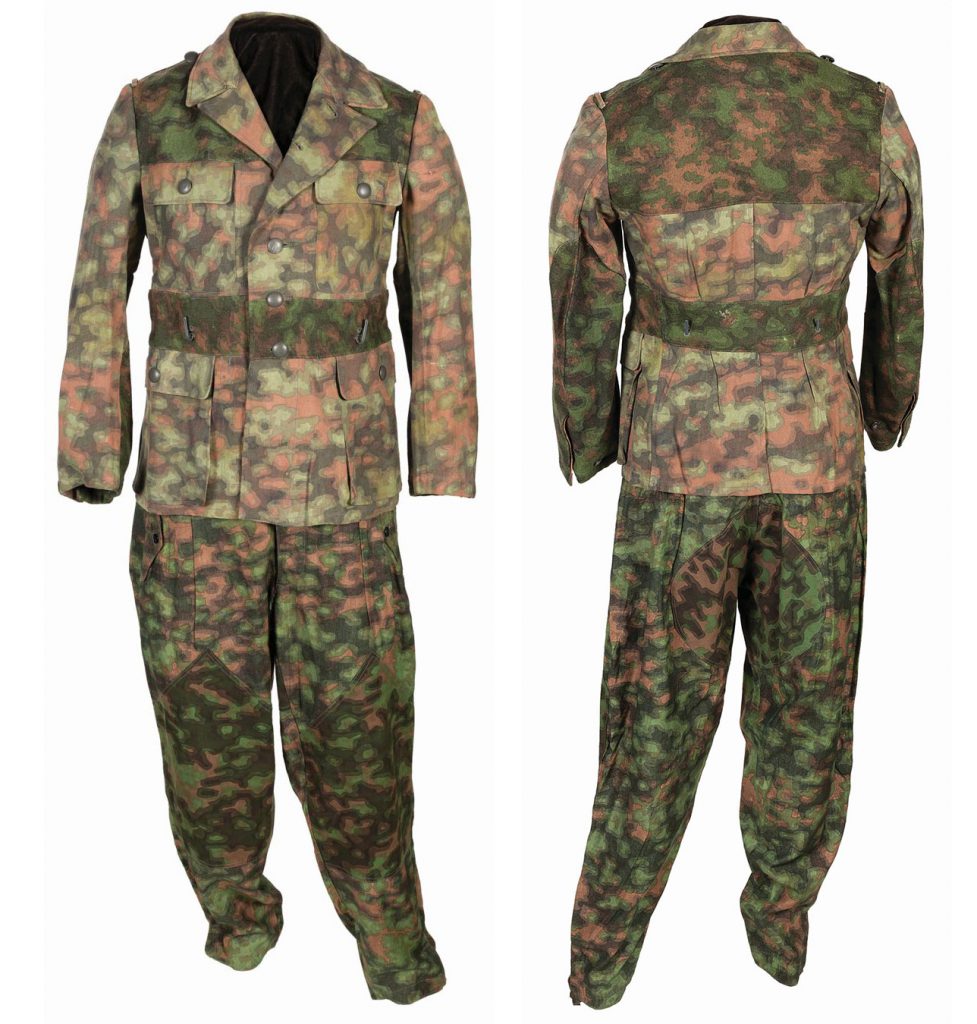 Extremely Scarce Multi-Material Waffen-SS “Blurred Edge” Camouflage Uniform Grouping, as Pictured and Described in the Book “Uniforms of the Waffen-SS”

Pictured above is a uniform printed in Blurred Edge, available for purchase in our upcoming Premier Auction here at Rock Island Auction. This example of a late war, non-smock uniform is exceptionally rare, considering it utilizes Blurred Edge instead of Dot. Making it even scarcer however, is the wool construction of the jacket. This was not common and implies this jacket was custom tailored for a specific person, although no marking suggests who. Nevertheless, it is in excellent condition considering its age and would be a particularly eye-catching addition to any collection. Additionally, pictured below is a 1942 smock printed in Blurred Edge that is also available for purchase in the upcoming Premier Auction. This piece is exactly what one would expect from a Waffen-SS smock and is heavily desired by collectors. 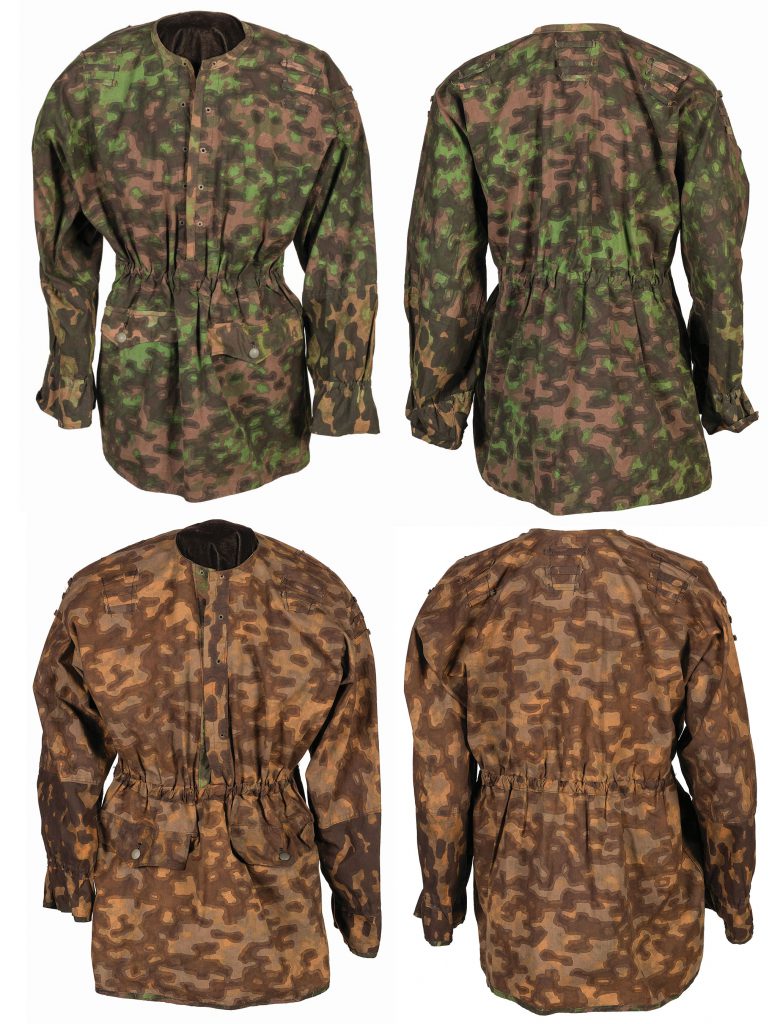 Inside and out, front and back of a single scarce Waffen-SS “Blurred Edge”pattern camouflage Model 1942 Combat Smock

Thank you so much for taking the time to read this article. The study of camouflage is an intriguing one, and this is the first of what I am hoping to be many articles on the subject.