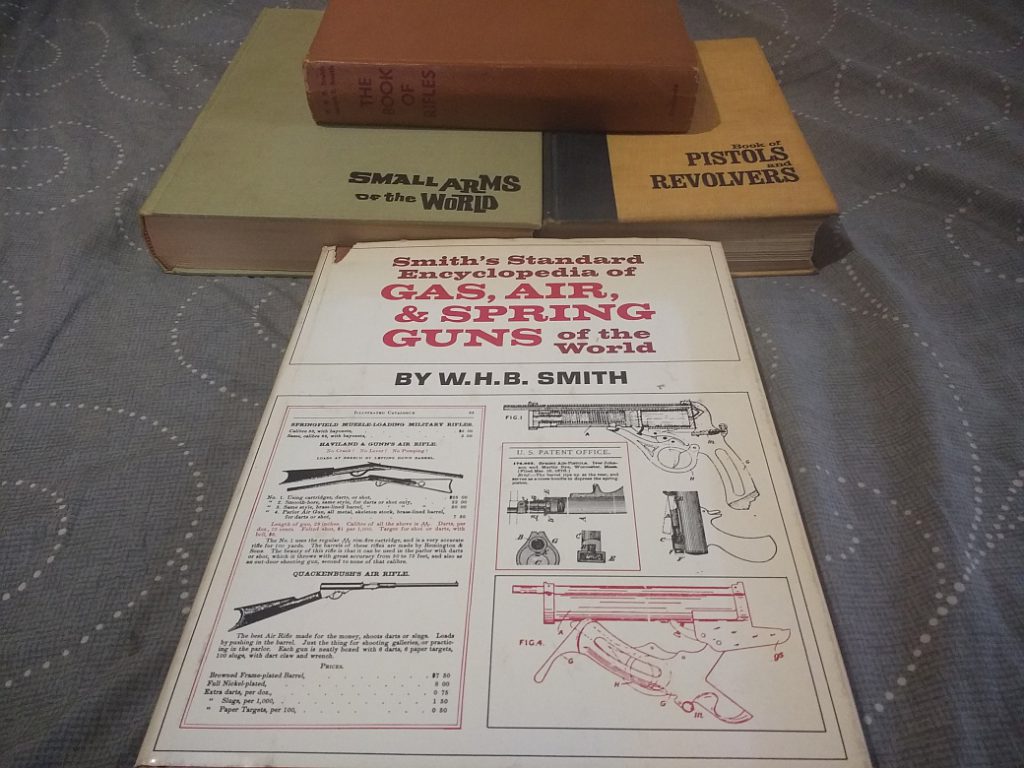 If you wish to build a firearm reference library then your foundation needs a proper cornerstone to rest upon. Authors Joseph E. Smith & WHB Smith three joint volumes “The Book of Rifles”, “The Book of Pistols & Revolvers” and “Small Arms of the World”, alongside WHB Smith’s solo volume “Gas, Air and Spring Guns of the World” will serve as a fantastic and affordable launching point before you begin purchasing more dedicated volumes.

To begin with, Small Arms of the World covers more submachine guns and machineguns over the other firearms used by major nations, though these too are mentioned. Along with “Book of Rifles” and “Book of Pistols”, these were written during the Cold War and while surpisingly accurate in many respects towards European NATO & Warsaw Pact firearms, there are glaring errors that have been corrected in later works by others. An example is the repetition of myths about Mosin rifle production by Austria based on faulty assumptions based on markings placed on captured rifles during the first world war. Each volume contains fantastic cut-away drawings and pretty good black and white photographs. Many sections feature a good run-down of the development history and possible changes and variations, typically disassembly instructions are included as well. Amusingly, the AR-15 gets a three sentence entry while many pages are devoted to the AR-10 in the “Book of Rifles”.

“Gas, Air and Spring Guns” may not be everyone’s cup of tea but I include it here to both bring awareness and because even these types of guns deserve study for a wider appreciation of the field of shoulder-fired and hand-held guns. With these books in hand you will have a useful reference point for most small arms up to the mid-1960s or ’70s depending on the editions you acquire.

(this terrible work is submitted to the public domain)

2 thoughts on “The Smith & Smith Books”