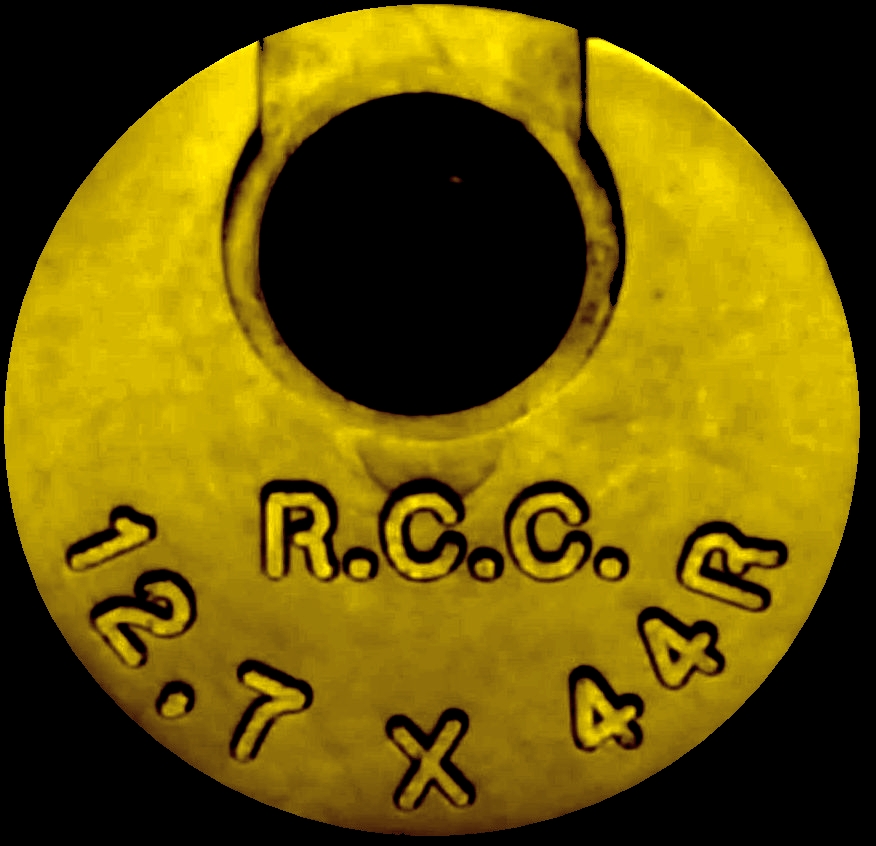 A significant consideration that causes many beginning firearm enthusiasts to shy from older firearms is the lack of currently available factory ammunition, Or to put it simply, the neophyte buys a gun in order to shoot it. Some newly-made ammunition for obsolete arms is available, even in times of realtive scarcity. At the present time companies such as Privi-Partizan (PPU) and Steinel perform a great service to shooters by cataloging the more common obsolete military cartridges. If type of ammunition you need for the rifle you want is currently available from these guys, problem solved. For now, anyway.

However, what if you want a certain bullet type and loading for hunting or target shooting that isn’t commercially available? Or what if the cartridge is something particularly obscure, such as the 8x58R Danish in the reduced-pressure loading for Swedish rolling block rifles? What if you need a rimfire cartridge that hasn’t been manufactured in decades? What if you just want a light gallery load for informal target shooting at short range?

The answer is, of course, handloading. This is book length subject – in fact, it can easily take up an entire shelf. And there are differing levels of effort required for different cartridges. Provided cases, bullets and dies are available, obscure cartridges are no more difficult to reload that the more common ones, but be pepared to pay a premium for the brass and dies.

Cartridges such as the Italian 7.35 Terni require unusual and often hard-to-source bullets, but there are specialty vendors to help with that. Two that every oddball handloader should be familiar with are Huntingtons and Graf and Sons.

For even more obscure cartridges, case conversion may be a necessary step in the reloading process. This involves altering the dimesnions of an available cartridge case to take the place of an obsolete one. It is a relatively advanced facet of handloading, a challenge that can be absorbing and satisfying — but not one well-suited to the beginning student of handloading. If you are considering this subject, there are two standard works you should look into: The Handloader’s Manual of Cartridge Conversions by John and Judy Donnelly, and George C. Nonte’s The Home Guide to Cartridge Conversions. The latter work is out of print and obtaining a used copy can be costly. Very expensive caseforming dies may be necessary, but I’ve had pretty good success forming cases with standard resizing dies.

At the present time, fully-reformed cases for several obsolete cartridges can be purchased from David Vandermark (dave@littlegreenmentoys.com) through Gunbroker. I’ve ordered some of David’s reformed cases and found them to be of very good quality. Other vendors offering similar services can be found on Gunbroker from time to time. Reformed cases are more expensive that factory brass, but they save considerable time, effort and the cost of special dies. Custom cases made from turned brass are also available from the Roberson Cartridge Company (RCC).

An oft-overlooked alternative for shooting military rifles, albeit in a very limited manner, is with the use of a chamber adapter*. Assuming the rifle in question takes a roughly 7.5/8mm-ish centerfire caliber (.308-.323 inch), it may be possible to shoot it using commonly-available handgun ammunition like .32 ACP, .32 S&W Long, 7.62×25 Tokarev, .30 US Carbine, etc. using an adapter. Other popular combinations are the .45 Colt in the 577/450 Martini Henry and .25 ACP in 6.5mm rifles. Obviously a chamber adapter won’t provide the full sensation of shooting proper military ammunition at combat distances, but it is still shooting. It can serve as a stop-gap when regular ammo is unobtainable, or provide a workaround for places where high-powered ammunition is not suitable for use.

At the time of writing chamber adapters may be ordered in machined steel from the extensive catalog at MCA Sports in Anchorage, AK; less common adapters can also be custom ordered from MCA by providing a fired case. Another contemporary manufacturer, George Tatum (geo.tatum@outlook.com), fabricates a selection of adapters from machined brass. His adapters are available for sale on eBay. Both The Shooters Box and Numrich/Gun Parts Corp. also currently offer a limited selection of steel chamber adapters. I’ve had good experiences using adapters from each of these sources. Used examples of older designs by Marbles, Winchester, etc. occasionally turn up on online auction sites such as eBay and Gunbroker.

I’ve shot quite a variety of chamber adapters during the Covid19 pandemic. They’ve permitted me to shoot my surplus military rifles at my local indoor range, where the backstop is not rated for high-powered rifle bullets. In this way, they have saved me long drives to the nearest outdoor rifle range. Militaries have occasionally used chamber adapters for reduced-cost training purposes, and I’ve personally found them very useful for the difficult task of zeroing a reproduction ZF-41 scope mounted on a K98k Mauser rifle.

If you are considering chamber adapters in order to shoot factory handgun ammunition, I recommend purchasing adapters that will accept the .32 S&W Long. HBWC .32 Long target ammunition features a long bore-riding surface and expanding hollow-base skirt that provides good accuracy out to at least 20 meters. Because .32 Long target ammunition is loaded fairly stoutly in order to cycle autoloading pistols, it is also has the necessary energy to reliably exit rifle-length barrels. However, until you have repeatedly confirmed this, check the bore between shots.

I’ve found that chamber adapters usually benefit from experimentation with tailored handloads. My standardized adapter cartridge is the .32 H&R cartridge; I handload for a number of revolvers in this chambering and have ample reloading supplies stockpiled. The H&R adapter will also accept .32 ACP, .32 S&W and S&W Long. My favorite adapter handload uses the dead-soft Lapua 98 grain hollow-base wadcutter bullet, resized to .309” to seat easily without deforming. Loaded into a Starline .32 H&R case over 3 grains of IMR Trail Boss powder and firmly crimped, I’ve shot this load successfully from barrels as long as 31”. Accuracy with this Lapua bullet can be surprisingly good, even through an oversized .323”/8mm barrel. That combination is comparable to the .41 Long Colt with its .386” hollow-base bullet and .401” bore.

Back in their heyday, one of the most popular uses for chamber adapters was for opportunistic shots at small game during a big game hunt. The adapter and a few rounds of handgun ammunition could be conveniently carried in a pocket, and when fired the muffled report was unlikely to spook larger prey. The problem with this scenario today is the limitations on hunting with lead projectiles. Finding a non-lead handgun load that will shoot accurately from an adapter could be quite challenge. Someday I’ll have to take a look into an economical solution this problem.

I’ve found that a small amount gas leakage from the breech is not uncommon when using chamber adapters. A conventional brass cartridge case expands to fully seal the breech, but adapters are too rigid to obturate in this manner. The escaping gas is almost unnoticeable with most military bolt action rifles since they were designed to deflect gas from defective cartridges away from the shooter’s face. Not every shot in every gun will produce escaping gas, but this makes a strong case for wearing good eye protection. Incidentally, adapters that position the pistol cartridge at the very front, such as the old Marble’s Auxiliary Chamber, are able to expand and obturate at the chamber neck, avoiding this issue. These designs are necessarily more complex in construction since they require a firing pin extension, and they are uncommon today.

Some rimfire rifle designs lend themselves to relatively easy conversion to centerfire ignition, such as the Swiss Vetterli series of rifles. Bear in mind that such conversions generally require permanent alteration of one or more parts of the rifle, alterations that may affect its collector value. The Swiss Peabody rifle was made in both rimfire and centerfire versions, and often the breechblocks will interchange without permanent alteration, however few other rimfire rifles offer such a convenient solution. Converting from a firearm from rimfire to centerfire still leaves the problem creating suitable ammunition, and as a general rule cartridge case conversions will also be necessary.

A workaround that involves no alteration to the gun and minimal handloading is the dedicated rimfire conversion case. These feature an off-center hole in the base for a .22 rimfire blank that serves as primer. They need to be loaded one at a time with the base oriented to match the position of the firing pin. Many of these cases can be DIY fabricated, but very wide selection of turned brass versions can be purchased ready to use from Roberson. HLE Books offers complete kits with rimfire conversion cases for the .32, .38 or .41 rimfire cartridges. Acquiring rimfire conversion cases requires a considerable investment in either time or money.

The ‘Hammond Game Getter’ operates using a similar principal, but with the rimfire blank positioned to work with a centerfire striker. Conceptually, it sits right between the handgun chamber adapter and the rimfire conversion case. The obsolete Zip Chamber was another product similar to the Game Getter, but was designed around a special rimfire blank that is no longer available to my knowledge.

One last category is the true rimfire and subcaliber conversion systems developed for military training. A classic example is the 1880s Morris Aiming Tube, an insert barrel designed to convert .557/450 Martini-Henry service rifles to shoot a special .297/.230 centerfire practice cartridge. Many later training inserts and conversions were designed to use standard .22 LR rimfire ammunition, but were are also a plethora of clever proprietary systems using alternative, less common rimfire cartridges, rifle and shotgun primers, rimfire blanks, flash powder and even compressed air as propellants. The problem with these systems is that original examples are generally are even rarer and more expensive today than the obsolete service ammo they replaced.

I should also mention here the various primer-powered practice bullets available for short-range handgun use. X-Ring and Speer both offer these at the present time, and home-made and commerical wax bullets have long served the same purpose. Unfortunately, these don’t address the obsolete ammunition problem since they still require a conventional cartridge case. (The Speer system uses a dedicated plastic case, but is only offered for .38 Special).

You can view a number of my brief (and very amateur-quality) videos about shooting with chamber adapters at: