Many Chinese reference books state that NanKing Arsenal (or Jinling 金陵机器局) produced Maxim gun in 1884 ( or 1888), but none of them give a solid source of information (one book quoted another one and another one quoted this one) . For a long time I treated it as a rumor or a mistake made by these authors until I see this picture A Magic Quick Gun from Dianshizhai Huabao (Dianshizhai Pictorial) published circa 1891. 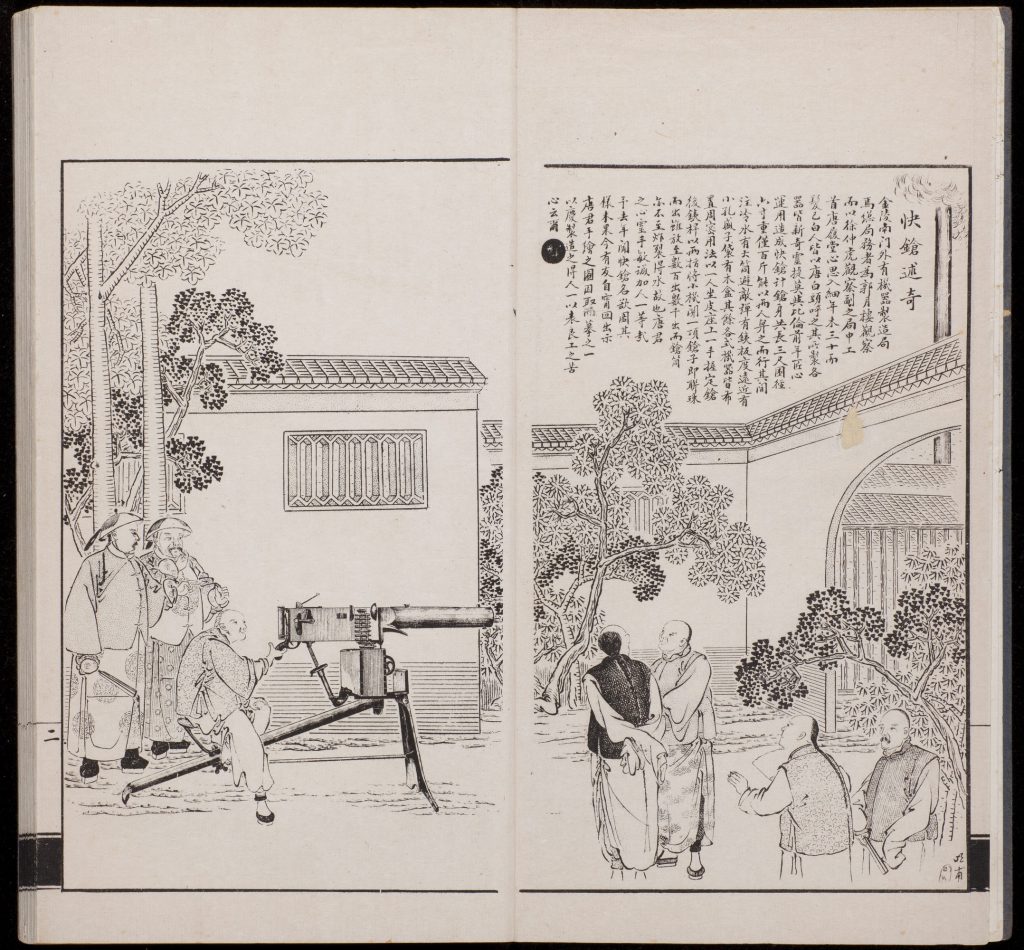 In the picture is a man operating a water cooling gun. On the top of right side is a brief description of the picture by painter/author: Nanking Arsenal’s foreman Tang Lutang produced a water cooling machine gun two year ago, I heard of it in the last year but never have a chance to have a look until recently a friend brings me a picture from Mr.Tang, so I am able to paint this work. 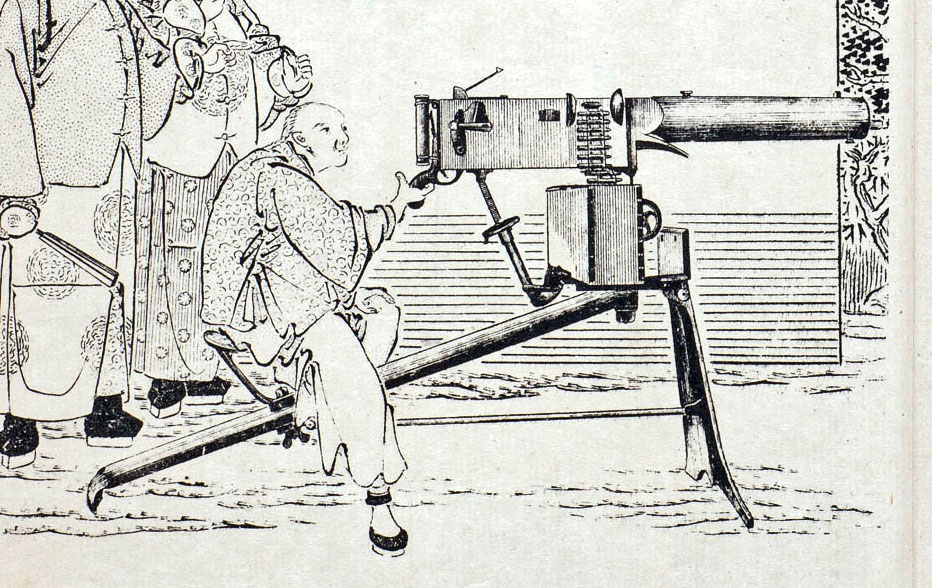 The picture was painted around 1891, so the machine gun was supposed to be built in 1889. The Maxim gun in the picture is a rare 1885 pattern traditional model which features a pistol grip under the rear end of the receiver and the huge feed block inherited by following Maxim guns. You also can spot other details like rear sight, charging handle and water jacket.

I’ve not find any archives can tell us the story of this Chinese copy Maxim gun. None of Nanjing Arsenal’s annual reports have a production number of any other machine guns besides Gatling and Nordenfelt in the next years. I guess the arsenal just make one or two prototypes but never put it into mass production. It’s difficult to produce if you did have proper tooling or machinery.

In 1903 Jiangnan Arsenal attempted to produce Maxim gun domestically but not very success. Until 1911, Sichuan Arsenal reported 11 maxim guns were finished this year.  Nanking Arsenal finally was famous for its Type 24 Machine gun, a copy of German DWM Model 1909.

If you are interested in A Magic Quick Gun from Dianshizhai Pictorial, check the link from MIT below (full translation provided):