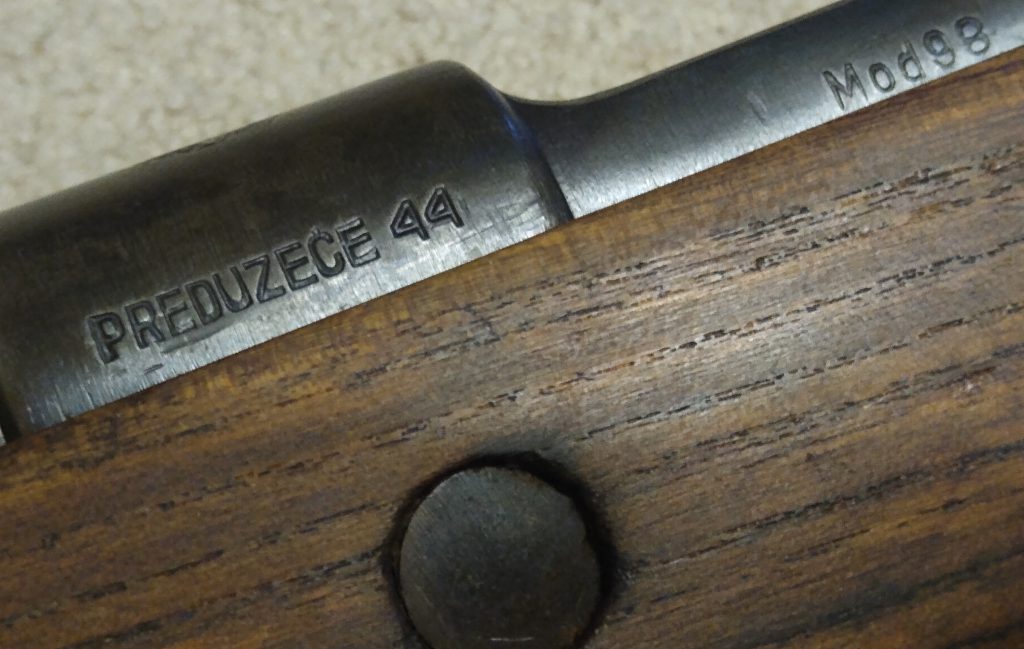 A lot of people claim that a Yugoslavian K98k (sometimes called k98/48) is very similar to a cheap Russian capture K98k. When in fact many Yugoslavian K98k’s were procured and handed in a much different manner. A reason for such a degrading comparison is due to the lack of information available on the internet.

First I’d like to clarify what exactly a Yugo K98k is, it a German manufactured K98k that the postwar communist Yugoslavian government/military got its hands on one way or another. This does not include the prewar M24, or the post war refurbished M24/47, and it definitely isn’t the M48. This only include German K98k’s and no other country. Now there were a strain of M95 Mannlicher’s that Yugoslavia refitted and issued to troops, but that’s the same story different gun.

Now I’m sure you can figure out how Yugoslavia got these rifles. Though many people do not actually know why they picked up these foreign military rifles when they still had hordes of M24’s. Most of this is because of the Yugoslavian royal crests on the M24. After the war, like most Balkan countries, Yugoslavia became a soviet puppet. Being so short after the war Yugoslavia didn’t really have the right materials or tooling to make all new barrels, receivers, etc. But what they did have was a whole lot of K98k’s plus spare parts, and if they needed some tooling the USSR would be happy to give some tooling in exchange for loyalty and money. (Side note: I once found read literature that claimed the USSR had actually sold back to Yugoslavia all of Yugoslavia’s own equipment that the Germans had seized during the war. Can’t find a reference now unfortunately)

Being Yugoslavia these rifles went through a careful and tedious refurbishment process. Most Russian captures are know for a quick hot blue over pitting, crappy part fittings, lack of capture screws, red shellac stocks, markings gruesomely peened out by hammer, and far worse horrors. The Yugoslavians drastically differ, many Yugo K98k’s have domestically produced and elm stocks (YES IT’S ELM)(Some do retain their German stocks but they are in original finish and not ruined), as well as their markings being properly ground off and all pits and rust removed before bluing, a new and more communist crest being added where the German factory code used to be, and ensuring all rifles are complete and parts fit and move smoothly. Bayonets were also captured from the Germans and refinished as well as restamped with new serial numbers.

Speaking of serial numbers, there are only four standard places on a Yugoslavian K98k that contain its Yugo serial number. A Yugo Serial number in a letter prefix followed by 4 digits One on the bolt handle, another on right side of the receiver, one on the magazine floor plate, lastly on the stock in front of the buttplate on the left side. Even though they removed many of the markings a lot of rifle still have a lot of marking including waffenamts and the serial numbers of parts of the guns they came from. Most of these rifles were produced at Preduzece 44. Which was one of the main factories in Yugoslavia for supplying the military’s small arm needs. Most rifles have their factory marking on the left side of the receiver, directly opposite to the receiver serial number. Other markings in place of Preduzece, sometimes found, are TRZ-5 or RZ-5. They stand for Tehniko-remontni zavod and remontni zavod, Technical repair facility and repair facility. Same exact place different markings. Later on because of the great and amazing M48 Mauser, Yugoslavia began marking their K98k’s on the side rail with “M.98” where before they retained their German “Mod 98″. They also began adding ” /48″ right after the 98.
Slings were commonly issued with these rifles. There might have been some with German slings, but at one point or another when in storage or just getting minor work done, now almost all of these rifles are found with a lightish brown leather sling with brass buttons. Most if not all buttplates on Yugo made stocks for the K98k, resemble the early uncupped style of K98k buttplates. This was most likely done for cost and efficientcy, a quick look on the unexposed side reveals crude sand casting pits and a mold seam.

The rest of this is going to be for those interested in finding other Yugo K98k’s or people trying to see where their rifle fits in during history.

Unfortunately there really isn’t anyway to date when the Yugo refurbishment took on specific rifles. The serial numbers were primarily to ensure well fit and matched parts stayed with their rifle during cleaning and repairs. There of course is context information that can help us figure out loosely when the rifle was refurbished. No properly marked Yugo K98k’s were really before 1946, anything else is technically a partisan rifle. Depending on how carefully markings were removed shows a little bit more. By mid-late 1947 production had smoothed out and workers were taking their time to de-Nazi the rifles. Stocks were being produced by 1947 but they were only changing them if absolutely needed. As mentioned before if your rifle is marked M. 98 or has a /48 or both then it was definitely late 1948 or all they way into the early 1950’s. Just remember if you do have one of these rifles and you’ve seen all its markings just look a little closer next time you clean it.

Some of the rarer ones being W or K

I hope whoever reads this found it informative and enjoyable. If you would like to contact me my email is wfrith0904@gmail.com I free to answer any questions you might have, corrections XD, or something I should add. I know a lot about Yugoslavian small arms of the 20th century and I could probably write more. One more thing, a rifle’s value isn’t dictated by the story it could tell, the war it did or didn’t fight, or even the country it came from. Its only value is to the shooter, who enjoys and continues to keep that rifle alive.

Lee-Enfield No.4 Battle Sights: What’s The Actual Range? A test…