This is lot #11 in the upcoming RIA Premier Auction. It was scheduled for April, but has been postponed – check their web site for upcoming Online Only auctions every month, though!

The Venditti pistols are copies of the Volcanic made in southern Italy in the mid to late 1870s – well after the rocket ball style of ammunition had become obsolete. Pietro Venditti’s first patent was in 1872 for a two-barreled rocket-ball-firing pistol. He followed that with an 1875 patent for a Volcanic type pistol with a 26-round capacity, and in 1877 with a patent on a style of cartridge.

Two types of Venditti pistols were actually built, although only a few hundred in total. The first type was the large-capacity style, which had a standard Volcanic-type magazine tube but also two additional tubes on either side. These held addition ammunition, which could be transferred into the true magazine tube when it was empty. The second type looked like a standard Volcanic, but used a cartridge with a metallic case, thus necessitating the addition of extractors into the bolt design. 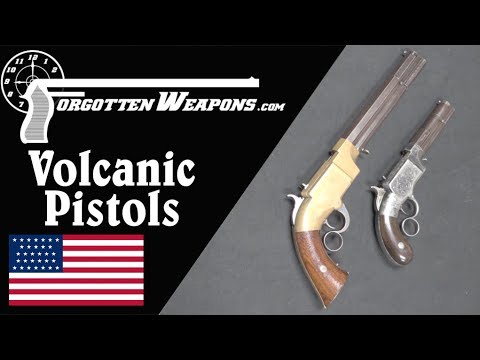 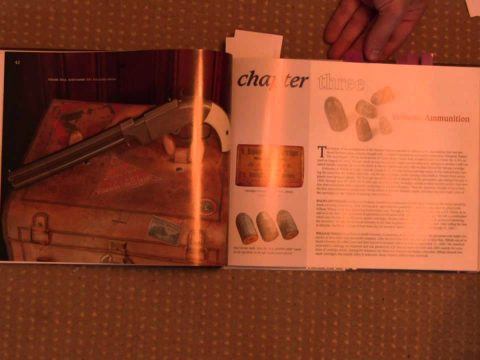 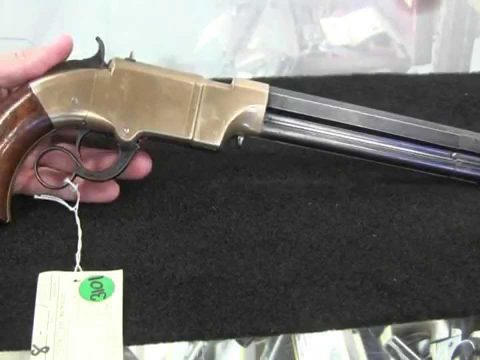