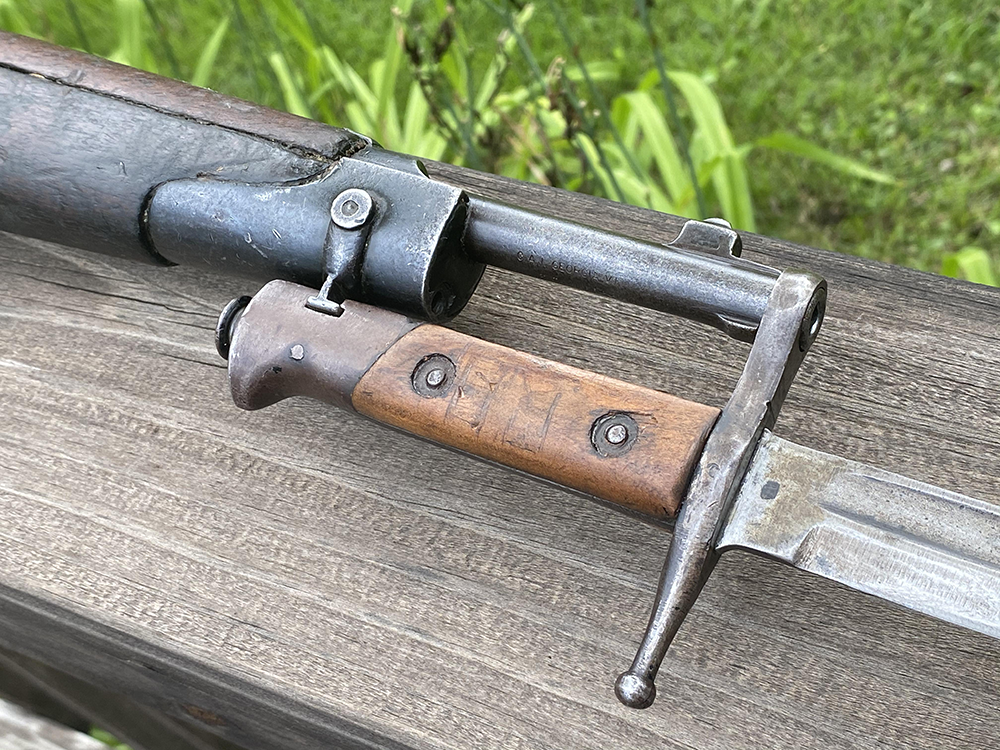 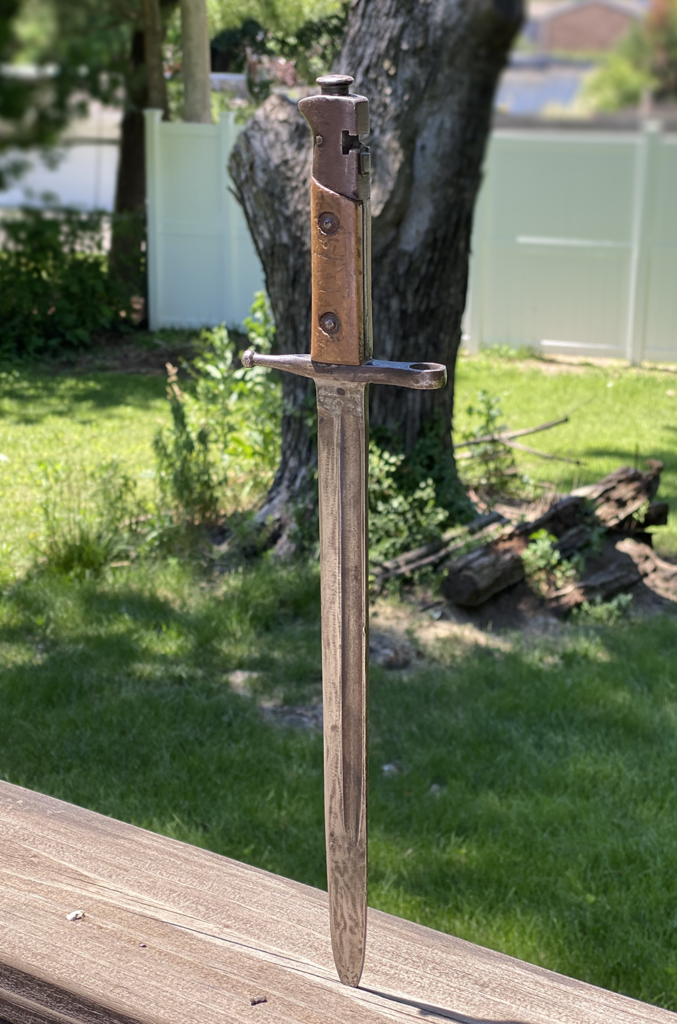 I just wanted to drop a few pictures to show an example of a Carcano TS Bayonet. The example above was made in 1917, assuming the serial numbers were matched to the rifles. The example pictured is attached to a 1915 TS.

The TS was, and still is, an interesting carbine. While the Moschetto carbine is iconic, the TS is a much handier general purpose carbine, in my opinion. Light, comfortable, and very easy to transport. The TS models were issued to artillery, engineer, NCOs, alpine logistic units, naval and forestry. militia units.

While most bayonets attached parallel to the barrel, the original bayonet attaches via a perpendicular horseshoe shaped lug mounted via a screw through the nose cap, just under the barrel. As Othias correctly pointed out in the excellent C&Rsenal Carcano Carbines Primer episode, the bayonet slips over the end of the barrel and twist downwards towards the left to attach. Quite the difference form the normal slide on front and  push back until locked into place.

The TS went through a number of configuration changes throughout the carbine’s service life. Starting in 1903 where the front sight height was adjusted.

One of the biggest changes was Circular 121, issued in February 1920. This circular ordered the updating of the TS models nose cap, bayonet and bayonet lug to match the 91 rifle to standardize arms production.

My example was found in the spring of 2020. I had decided on what model Carcano I wanted to buy, and happened to find the bayonet first (I tracked down a cleaning rod after buying the carbine).

If you own a TS with the original lug, you owe it to yourself to find the bayonet, they are unique and interesting. Now that I own two TS carbines, I’ll be on the hunt for another.