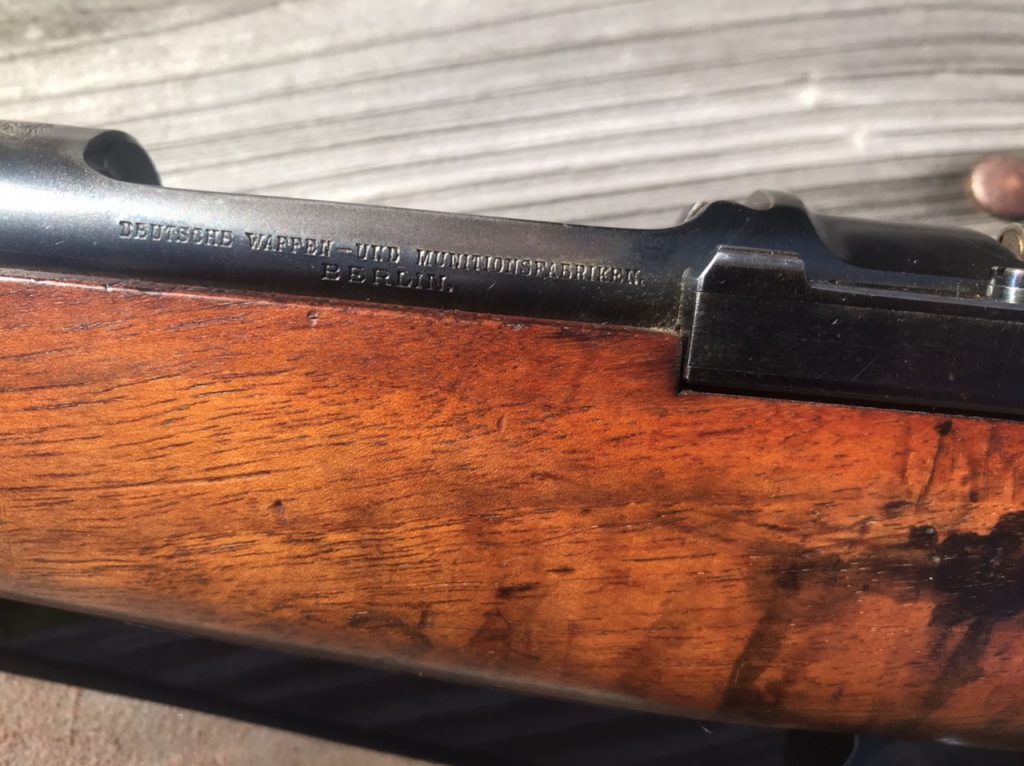 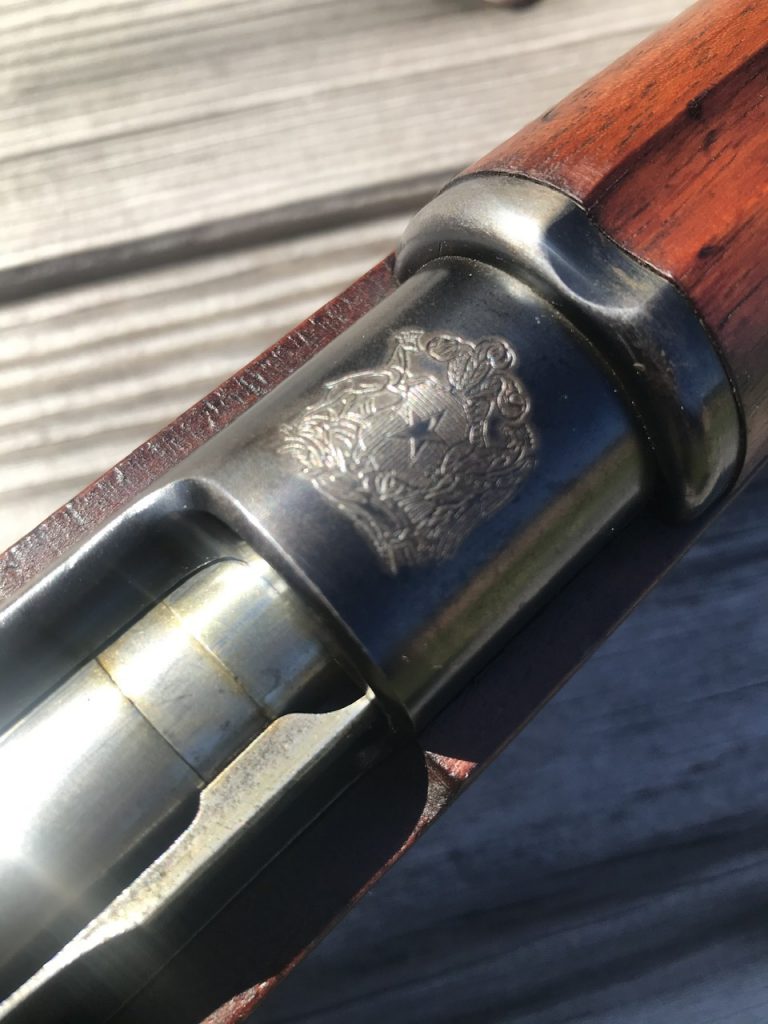 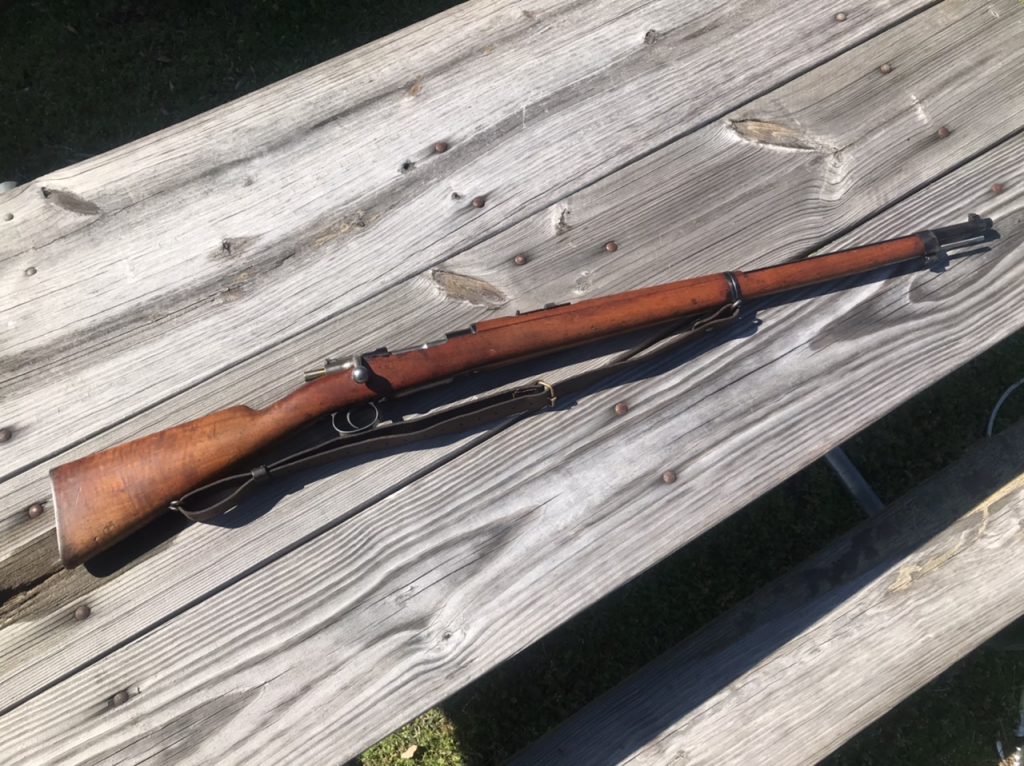 After the fallout of the botched Jameson Raid in 1896 and following the mutual adoption of the Model 1893 Mauser by both the South African Republic (Zuid-Afrikaansche Republiek) and the Orange Free State (Oranje-Vrystaat), it was clear that war was ever looming on the horizon. A war that would open the eyes to European powers and fundamentally change British military doctrine prior to The Great War.

In an attempt to re-arm the populace with the latest and greatest to replace the litany of mixed arms and ammunition that was currently being fielded, the Boers would collectively order ~45,000 Mauser M1893 rifles starting in April of 1896 all the way up to the start of the Second Boer War, alongside a large number of Portuguese M1885 Guedes rifles and a nominal amount of Krag-Jørgensens. The last of these rifles were order in June of 1899: a 1,000 rifle order for the OVS and 4,000 rifle order for the ZAR that were both to be completed by DWM in Germany (Formerly Ludwig Loewe Co.) Unique to these orders however was a downturned bolt handle; a feature found more commonly on carbines rather than full size long arms but reportedly requested by both nations.

The Boers, however, would not receive these final 5,000 Mausers. At the outbreak of war, an attempt would be made to deliver them in October of 1899. Due to the naval blockade being conducted by the British Royal Navy, the rifles were turned away in Portuguese Mozambique at Lourenco Marques (present day Mabuto, Mozambique). Not one to shy away from opportunity, DWM would recollect this last batch of rifles and sell them to Chile, marking the receiver rings with the Chilean Coat of Arms and sending them to Santiago. Most would be accepted into Chilean service and have the appropriate cartouches applied to the stocks.

Some of the defining characteristics in identifying these rifles come from both markings and key features separate from the standard Model of 1895 used by Chile (1895 rifles can be marked either Ludwig Loewe or DWM). The siderail will be marked with simply “Deutsche Waffen- und Munitionsfabriken Berlin” as opposed to the more ubiquitous “Mauser Modelo Chileno 1895”. All of the ZAR rifles will have a “C” prefix to their serial number (the ZAR rifles were made in A, B, and C “Blocks”) while the OVS rifles will be marked with an “O.V.S.” prefix. Otherwise, the rifles will display normal DWM acceptance marks and cartouches. Unique to these rifles as well is the square-bottomed bolt face commonly found on Boer rifles and early 1893 pattern Mausers. Missing is the notch the Chileans gave the receiver in their 1895 that sits at the root of the bolt handle. The sights were also modified by the Chileans, with their minimum sight ladder setting now being pushed from 300 to 400 meters, as well as a redesigned ladder for the spitzer 7x57mm Mauser cartridge.

A very small number of these rifles were reportedly converted to 7.62 NATO alongside the bulk of Chilean bolt-actions in the 1960’s. As it stands, no ZAR rifle has been recorded in person as having the later NATO conversion.

These rifles share a fascinating and storied history, and provide a hidden gem in the collector’s market for those with a keen eye who know what to look for. You just might find a diamond hiding in plain sight. Original Boer rifles without Chilean markings are generally considered rare, as most were destroyed by the British after the end of the war in 1902.

[The bulk of the information provided in this article is sourced from Boer Rifles and Carbines of the Anglo Boer War by Dr. Ronald Bester]

Dutch Farmers Against the Empire: ZAR Mausers of the Boer War