The G-43 is an improved G-41 in which the rather wonky and heavy gas system of the G-41 was replaced with a short-stroke piston that was nearly directly copied from the SVT-40.

In addition to modifying the gas system, they also added a 10 round detachable box magazine and a scope rail (for which a small number were fitted with the ZF-4 scope to serve as designated marksman rifles).

The G43 is so mechanically similar to the G41 that a large number of the parts are entirely interchangeable. Both rifles are chambered for the full power 7.92×57 8mm Mauser cartridge.

The mass produced American M1 Garand failed the InRange mud test miserably, only being able to fire 1 round. Did the German engineers do better in this regard? Let’s find out! 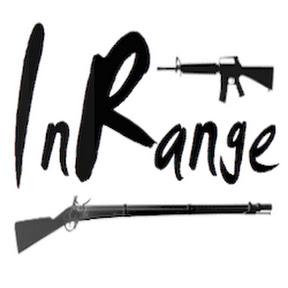 InRange is a regular weekly online video program that examines guns, shooting, and gun culture through a lens of historic perspective. Are you tired of seeing video after video after video on some new style of AR15 rail system or Glock grip plug? If that has gotten old and boring, then InRange might be the show for you. InRange TV will introduce you to gear that is different and interesting, and will tell you if it’s actually worth a hoot or not. We will do real testing on real products. We will dispel the myths, promote the good stuff that hasn’t gotten the attention it deserves, and tell you when the latest thing on glossy magazine covers is actually crap. Does that sound better than yet another review of a Century AK?