If you would like to support the Channel you can do so through our Patreon Page.
https://www.patreon.com/britishmuzzleloaders

Here we examine the drills associated with Loading and Firing the Snider Long Rifle. In addition, we discuss the associated modes of fire used in the era.

*IMPORTANT NOTE* – The collapsing of the backsight was prescribed at times during the drill. The wording was somewhat vague as to in which circumstances this was to take place and so it may appear as though the sights were not touched. It would seem to reference that only when the ladder was up was the backsight to be brought back down…. as I was not using the ladder, the sight was not touched. Sorry for any confusion.

For your Martini and Snider needs email Martyn at xringservices@yahoo.com

And for further reading on all British Victorian (and earlier) arms stop by the British Militaria Forum and say hello. http://britishmilitariaforums.yuku.com 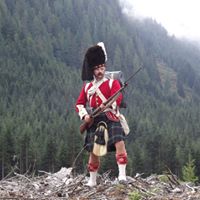